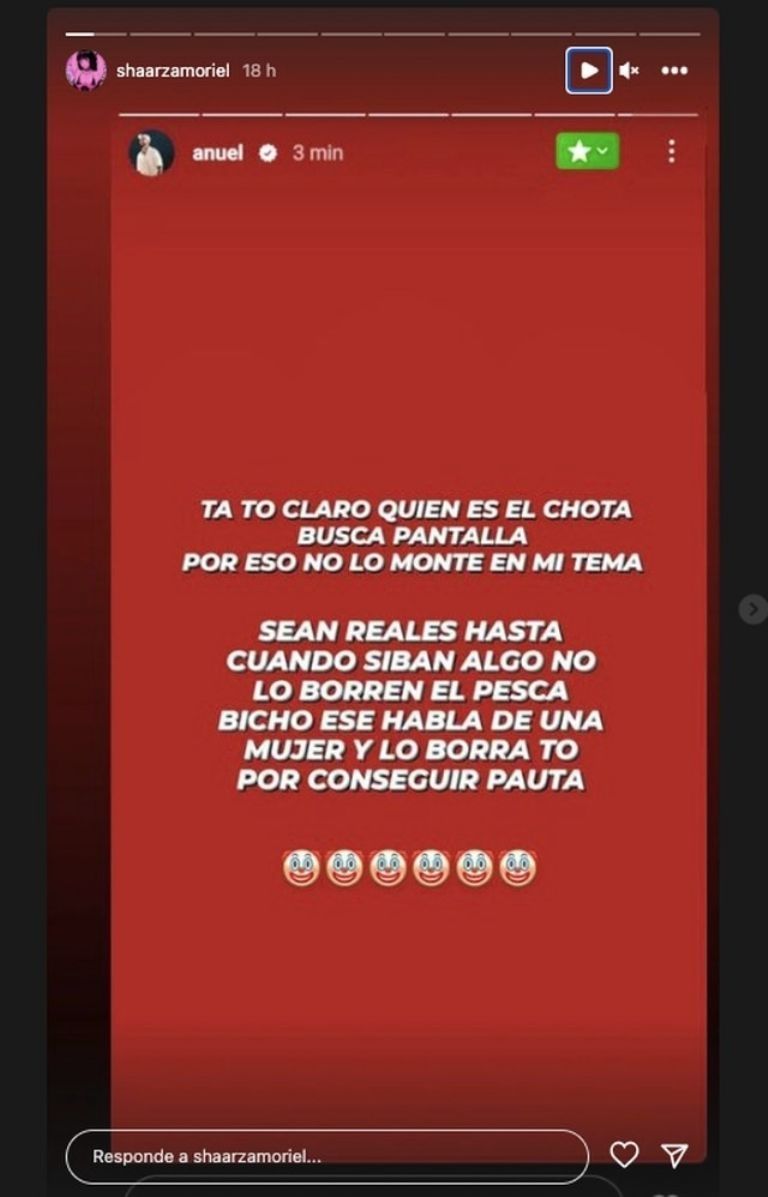 Puerto Rican singer Anuel AA 29 years old still does not clarify his sentimental situation and it is not known if he is still in marriage with his Dominican colleague Yailin, the most viral, or if a new story has already started with the influencer Shaarza Moriel. He only concentrates on promoting his work and releasing new songs for his fans.

Anuel AA He is very popular on social networks and only on Instagram accumulates more than 29 million followers from all corners of the world who are aware of his movements. Now, the singer surprised everyone by sharing a strong message in his stories that is apparently dedicated to Yailin, the most viral.

“It’s clear who the chota is looking for screens, that’s why I didn’t put it on my topic. Be real until they upload something, don’t delete it. The epsca bug that talks about a woman and deletes it, to get a pattern,” he wrote Anuel AA on a red plate of their stories that I accompany with clown emojis.

But what really caught the attention is that this message was immediately replicated by the influencer Shaarza Moriel, who would have a relationship with Anuel AA for a long time, becoming the third in discord in the singer’s relationship with Yailin, the most viral.

The truth is Yailin, the most viral, has a strange behavior on social networks. She posts photos and videos related to Anuel AA implying that they are still together but then he deletes them and acts as if nothing had happened. Apparently this trick is tiring the interpreter of ‘China’.