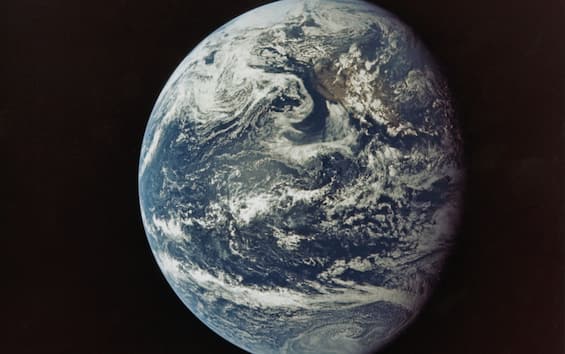 A new joint study by the Universities of Padua and Florence, published in Natures, has made it possible to discover something more about the elements that make up the earth’s mantle. The research, conducted with the support of the universities of Alberta (Canada), the Northwest (USA), Glasgow (Great Britain) and Bayreuth (Germany), focuses on the extremely rare so-called “super deep diamonds”, which they form at a depth of between 300 and 1000 kilometers in the Earth’s mantle. These elements represent real inert capsules, capable of transporting “fragments” of deep earth up to the surface, with almost no chemical alteration, allowing scientists to have new information on the elements that make up the heart of our planet.

From the investigation of the super deep diamond in question, the scientists were able to confirm the presence of water at very deep depths, at least up to 600 kilometers underground, but they also found traces of pure forsterite, a rare mineral of the earth’s mantle. The chemical reactions inside it also indicate the presence of methane, molecular hydrogen (H2) and metallic iron, until now believed to be present only in the earth’s core. The effective presence of water at great depths in the Earth had already been discovered in 2014 thanks to another super deep diamond, “however – says Luca Bindi, of the Department of Earth Sciences in Florence – with this new study we not only confirm that the ‘water must absolutely be present between the transition zone and the lower mantle, but that at those depths we must also have other fluids, such as methane and molecular hydrogen.”

The discovery could also have significant consequences on earthquakes and on the strategies and techniques for analyzing them by seismologists. According to Fabrizio Nestola, of the Department of Geosciences of Padua, “it cannot be excluded that such paths could be a further complexity to consider for seismologists who study the development of some extremely deep earthquakes which sometimes reach magnitude 7 and which occur at greater than 600 km. The scientific literature believes that they are related to subducting plates, and our article only supports this hypothesis”.