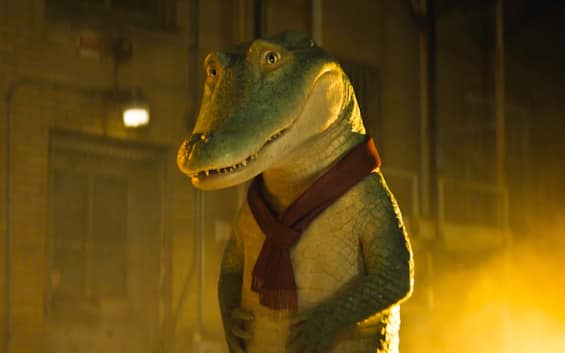 Sony Pictures Entertainment released the first ten minutes of the film The talent of Mr. Crocodile showing the meeting between Hector P. Valenti and Lyle, protagonist of the film directed by Will Speck And Josh Gordon.

The Talented Mr. Crocodile, the beginning of the film

Shawn Mendes, called to voice the protagonist in the original version, introduced the clip with the beginning of the film. The video told the birth of the friendship between Lyle and Hector P. Valenti, the latter played by Javier Bardem (PHOTO).

The video proposed the encounter between the nice music-loving protagonist and the magician Hector P. Valenti; the film is based on the book Lyle, Lyle, Crocodile of the American writer Bernard waber.

The film tells the adventures of the protagonist and the Primm family, who are willing to do anything to help Lyle against the threats of their neighbor Mr Grumpsin the cast Constance Wu, Scoot McNairy, Winslow Fegley And Brett Gelman.

Lyle’s voice in the Italian version of the film is that of the young star of music Louis Strangis.

This is the official synopsis distributed by Sony Pictures Italy: “When the Primm family (Constance Wu, Scoot McNairy, Winslow Fegley) move to New York, young son Josh struggles to adjust to new school and new friends. Everything changes when he discovers Lyle, a singing crocodile who loves toilets , caviar, great music and living in the attic of his new home”.

The text then continues: “The two become fast friends, but when Lyle’s existence is threatened by evil neighbor Mr. Grumps (Brett Gelman), the Primms must unite with Lyle’s charismatic owner, Hector P. Valenti (Javier Bardem) , to show the world that you can find a family even in the most unexpected situations and that there is nothing wrong with a big singing crocodile with an even bigger personality”.