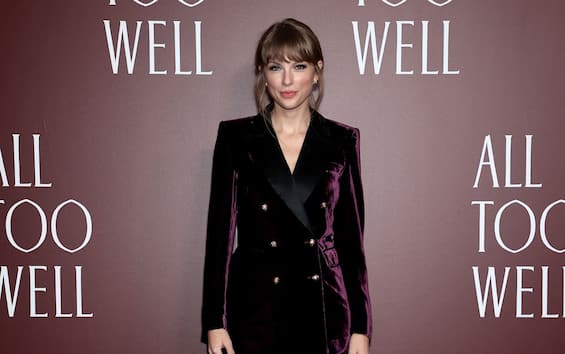 Even the characters of the entertainment world have film sagas that they adore and would like to appear in even with just a simple cameo. One of the latest cases, for example, is that of Helen Mirren and Brie Larsonentered at different times within Fast & Furiousa series of films focused on the world of motors and starring Dominic Toretto (Vin Diesel). Years ago, however, in the great success The Twilight Saga: New Moonsecond chapter of the tetralogy based on the novels of Stephenie MeyerTaylor Swift also tried to get a small part, but failed.

Taylor Swift rejected because she was too famous

Chris Weitzdirector of the second film by Twilightwas interviewed by The Independent within the podcast The Twilight Effect with Ashley Greene and Melanie Howe. Speaking of the film, he revealed that Taylor Swift had proposed to play a part. At the time it was 2009 and be it Chris Weitz that the singer had the same agent, so everything seemed to coincide. Instead, the director has surprisingly chosen not to include her in the feature film because she is too famous. Indeed, Chris Weitz explained that Taylor Swift it would have been too recognizable drawing attention to the set and diverting it even to the cinema, with viewers eager to see his cameo. Recalling that moment, Weitz said, “As soon as she Taylor proposed, I immediately thought she would distract the actors because she was too popular a character. I kick myself for my choice, maybe I could even go out with her. However, I preferred to think about the good of the film ”. However, the Swift will return to the big screen on November 3 with Amsterdamfilm by David O. Russell shot together with Christian Bale, Margot Robbie and John David Washington.

The films of Twilight

The Twilight Saga: New Moon it came out in the fall of 2009 and grossed $ 709 million. A box office record held for nearly two years, before being surpassed by Harry Potter and the Deathly Hallows – Part 2which earned about 91 million dollars in 2011. Let’s go and remember all the films based on Twilight and that they saw as protagonists Robert Pattinson, Kristen Stewart and Taylor Lautner: