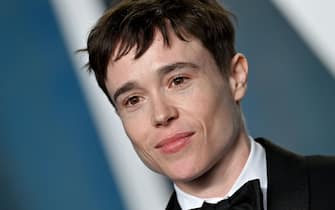 Elliot Page returns to the small screen to animate the events of the third cycle of episodes of The Umbrella Academy, one of the titles of this season. Her character, known until now as Vanya, will become Victor Hargreeves, Number Seven, a narrative twist that follows the evolutions of the actor’s personal life

WATCH THE VIDEO: The Umbrella Academy 3, Elliot Page will be Viktor

Tom Hopper returns in the third season of the show with his longtime character, Luther Hargreeves, Number One. Luther, astronaut with super strength, seems to have changed after the events of past seasons yet keeps his feelings for Allison, Number Three intact.

David Castaneda is Diego Hargreeves, Number Two. The American actor with Mexican citizenship once again plays the role of his character who is able to control the trajectory of the objects he throws

The Umbrella Academy 3, released a clip of the series. VIDEO

Robert Sheehan is Klaus Hargreeves, Number Four. Protagonist of a fight against drug addiction, he stops taking them to make the most of his powers of communication with the dead, useful in new battles

WATCH THE VIDEO: The Umbrella Academy 3, the first teaser trailer

Emmy Raver-Lampman is Allison Hargreeves, Number Three. Very attached to Vanya and in love with Luther, with her voice he can shape reality

Aidan Gallagher, American actor and musician, he is Number Five, he is able with his special powers to cross time and space

Colm Feore is Reginal Hargreeves, the billionaire who adopted the seven children with extraordinary powers. She then trained them in Umbrella Academy to fight crime. But he also founded the Sparrow Academy

The Umbrella Academy 3, the cast reveals the background: VIDEO

Justin H. MinAmerican actor of Korean descent, is Ben Hargreeves, a member of the Umbrella Academy who died, returns now with the Sparrow Academy

Justin Cornwellnew entry of the third season, is Marcus Hargreeves, the shrewd Sparrow Number One

Elliott Page is working on a memoir titled “Pageboy”

Jake Epstein is Alphonso, Sparrow Number Four. The battles of the past have left many marks on him but he hasn’t lost his humor