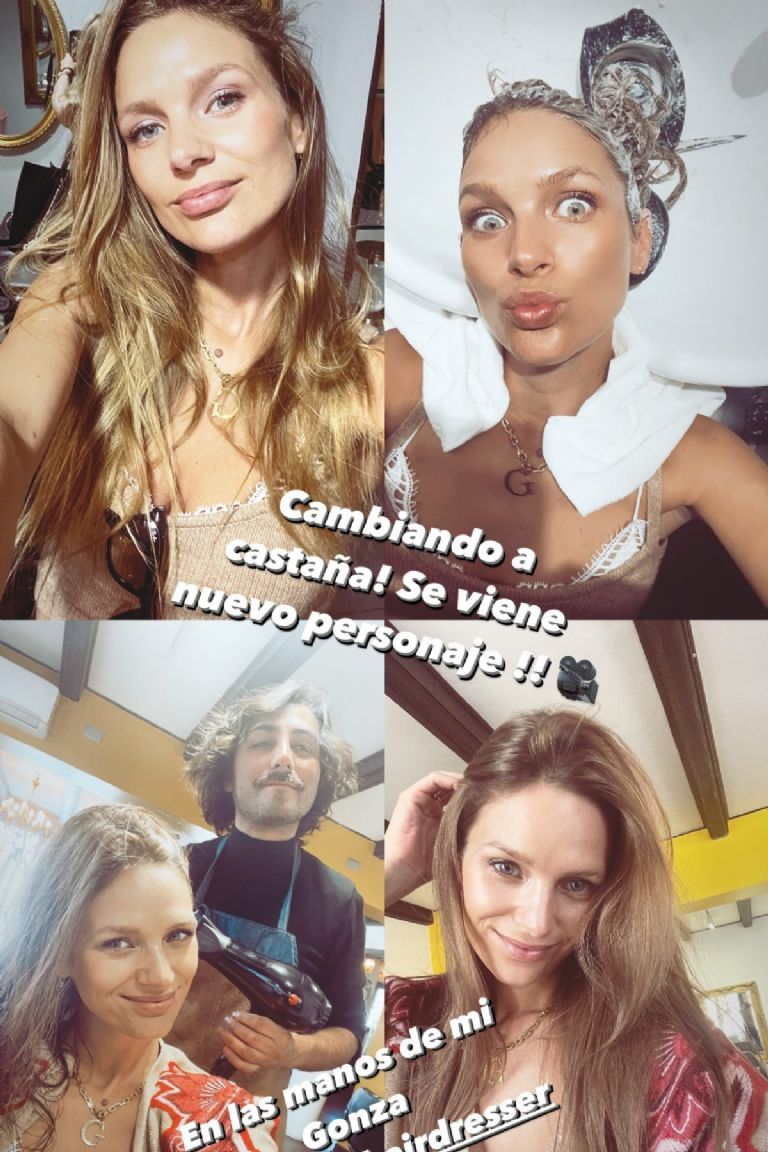 In January 2022, mayte rodriguez She became Galo’s mother, so she was 100% dedicated to him. 9 months later, the actress will return to the screen although she has not yet wanted to give too many details. “Changing to chestnut. New character is coming,” she recently commented in one of her stories.

There, the lace showed how the stylist Gonzalo Leonidas gave her an organic color bath to darken her hair. “I’m going to be able to tell you more about this new project that I’m very excited about. The only thing I’m going to tell you is that it’s an international project and I’m leaving the other week, so wish me luck,” she said. mayte in a video.

The last appearance in television series of the daughter of Carolina Arregui It was a nightly bet on TVN: ‘Tell me who it was’. It is currently shooting in Buenos Aires. From there, she shared a photo and announced to her fans, “We are starting a new journey. Resuming my career after pandemic, pregnancy and motherhood. A special and beautiful moment”.

As reported by the Argentine artist representation agency, mayte “It will record an international series that will launch the STAR+ platform.” They also reported that “due to the confidentiality of the project we will share information later.”

But the actress will also return to the screen of Channel 13 in the coming weeks in the program “Todo por ti, con Cecilia Bolocco”. Carolina Arregui She will be honored by her daughter and has told how nice it was to record the program: “it was a beautiful experience, a tremendous surprise, because I never imagined that Mayte would agree to be on a program where she did something as beautiful and as moving as inviting me to eat at the house, prepare a dish especially for me and be with Cecilia”.