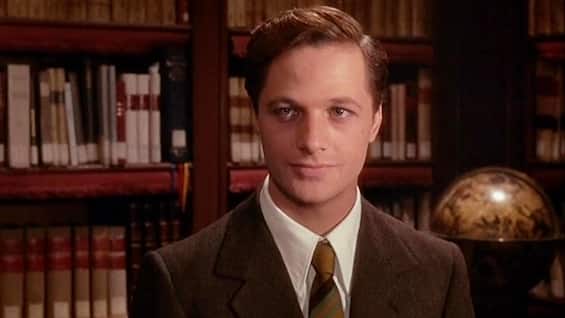 There are actors capable of crossing the history of cinema with unusual dedication, talent and style. With the face of a young Arthur Rimbaud, his cerulean eyes and wheat-colored hair, they dazzle the skewers of fans of all ages and at the same time make Vittorio De Sica exclaim: “Guaglio ‘, you keep talent! “. Interpreters who have lost the protagonist part in an accident Deep redbut then they act in The house with laughing windows. In short, actors like Lino Capolicchio born in Merano in 1943 and died in Rome on May 3, 2022. This is why the book De Sica, me and the garden of the Finzi Contini. Unpublished diary of the protagonistpublished by Biettie Cinecittà is a sort of precious and poignant testament. The pages of this memoir, Capolicchio has compiled one for most of his existence, they tell of that masterpiece before, during and after processing. To intersperse the “direct recording” of the time, the extensive interview collected in the last two years by Nicole Bianchi for CINECITTÀ SpA, to retrace with a fresh look the stages and the background, private and public, of a cinematographic work that for Capolicchio – disappeared during processing, followed with joyful care to the last – it remains “a miracle. A film of a beauty in which you still reflect yourself”.

“It turns out that it was a joke.” This is the first line that Lino Capolicchio pronounces in The Garden of the Finzi Continthe. However, the shooting of the film that won the Oscar for best foreign film in 1972 was not exactly a joke. then disagree with the director and get his name removed from the credits. Not to mention that Il Commendatore, that is Vittorio De Sica, was not a soft filmmaker. Last but not least, between Capolicchio and Dominique Sanda (the female lead), relations were complicated to put it mildly. But the actor recounts the whole process, with a profound lightness, with a frugal richness capable of transporting, as if the pages were a time machine, the reader on the set, together with the crew.

The great beauty of Lino Capolicchio’s diary also lies in the ability to evoke an unrepeatable season of Italian culture and cinema. And his profound knowledge of painting, music and cinema amazes and excites her. His reflections on Alfred Kubin’s drawings, on Giuseppe Verdi’s Otello interpreted by Mario Del Monaco and directed by Von Karajan are very acute. Not to mention his refined reviews on masterpieces such as Pudovkin’s Mother or Griffith’s Intollerance, when still in our country it was still possible to easily see the timeless masterpieces of silent cinema on the big screen. Moving on to more prosaic issues, but equally important for understanding Capolicchio’s complex personality, in the book, the actor lays his heart bare just like Charles Baudelaire. As a man who loved women so many, Lino talks about his passions, his desires, his many infidelities and his belated repentance with great honesty. And between a night in a hotel, a pan of carbonara, a party and a raid with Helmut Berger, always stocked with pills for any eventuality, Capolicchio also finds the courage to apologize to Fabio Testi (who in The garden of the Finzi Contini plays Malnate) for snubbing him during the making of the film. And that child who grew up with his strong-willed mother Eufemia – the same celestial gaze, the same icy and shiny skin – and the adored grandmother Anna, a wealthy peasant woman with whom he went to the cinema as a child, is transfigured into the man who closes his memoir with these words written in San Francisco in 2015, on the occasion of the screening of De Sica’s film at the Castro cinema: “Life is too short a segment, a star that sometimes shines with blinding brilliance, but too soon falls into infinite worlds”. Fortunately, there are diaries like this and publishers like Bietti who decide to publish them. Art is stronger than death. And you seem to see Capolicchio, with Giorgio’s bicycle and white clothes, anxiously looking for love in front of the Garden of the Finzi Contini.