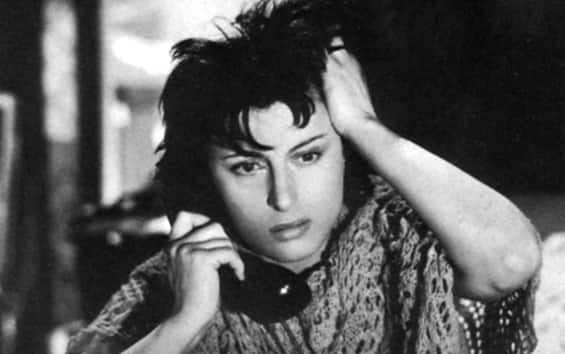 Pierpaolo Pasolini, whose centenary marks his birth this year, often spoke of the “scandalous revolutionary force of the past”. So the pills made with the archive materials of the Istituto Luce are perfect to celebrate another anniversary: ​​that of the Venice International Film Festival which celebrates its 90th anniversary. From today until the end of the Exhibition, we will publish a video contribution dedicated to an edition of the Exhibition every day. A sort of fascinating and exciting journey through time to discover the stars, directors, producers, celebrities who have made the seventh art great and unforgettable. All accompanied by that iconic voice that has always characterized the clips of the Luce Archive, with a highly sought-after use of the Italian language and a brilliant and unique irony. In short, it is truly the most effective way to pay homage to the oldest film festival in the world. The first edition took place from 6 to 21 August 1932. In the absence of a jury and the assignment of official prizes, introduced only later, a referendum called by the Organizing Committee chaired by Attilio Fontana of the ICE – Istituto Commercio Estero, carried out between the public who rushed to the review decreed six unofficial awards: among these the Soviet Nikolaj Ekk was declared best director for the film “The path to life”, while “To me freedom” by René Clair was elected as the funniest.

FROM ANNA MAGNANI TO ORSON WELLES, THE NINTH EDITION OF THE VENICE EXHIBITION

The first video contribution (which you can see at the top of this article, ed) is dedicated to the ninth edition of the Venice Film Festival. We are in 1948, Anna Magnani is the protagonist of one of the most exciting and intense cinematic monologues ever to appear on the big screen. This is “The human voice”, episode taken from the film “L’amore”. Directed by Roberto Rossellini, the screenplay bears the signature of Jean Cocteau. A wonderful text that was featured at the Festival two more times. In the 1988 film “Codice Privato”, directed by Citto Maselli and starring Ornella Muti, and in the short film by Pedro Almodóvar with Tilda Swinton, presented at the Mostra in 2020. One of the most famous and talked about couples in 1948 is revealed in the pill. Orson Welles and Lea Padovani. One of the reasons why the great American director and Rita Hayworth divorced was Orson’s passion for the Italian actress.

The second video contribution (which you can see at the top of this article, ed) is dedicated to the eleventh edition of the Venice Film Festival. We are in 1950. Roberto Rossellini directs Ingrid Bergman for the first time (his partner in the film Stromboli). The The role of the protagonist was originally intended for Anna Magnani, with whom Rossellini was having an affair. Of note The pleasure and love (La ronde) is a 1950 film, directed by Max Ophüls and based on the comedy Girotondo by Arthur Schnitzler. One of the absolute masterpieces in the history of cinema.

The eleventh edition of the Venice International Film Festival is remembered for the presence of Sir Winston Churchil and Signora. These are the prizes awarded to films and stars in 1951:

Coppa Volpi for best actor: Jean Gabin for The night is my kingdom

Best Italian Film: The City Defends Itself by Pietro Germi