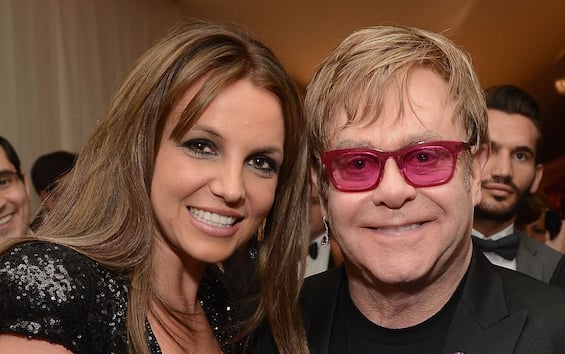 It’s been six years since Britney Spears came out with her last song, six years in which the singer was at the center of numerous events that had nothing to do with music. His return to the music scene was signed with Elton John and it was an extraordinarily successful comeback, as evidenced by the 36 million streams of the song on Spotify Hold me Closer, that less than thirty days after its release has made extraordinary numbers. The video clip of the song is also available where, however, neither of the two singers appears.

Elton John, the sir of English pop music, wanted to support Britney Spears, who evidently has gone through and is going through a period of difficulty both privately and working. But the English singer’s project is much broader, because Elton John has set himself the goal of reviving the music stars of the early 2000s with duets capable of attracting the interest of the great audience and niches. With Britney Spears, this project has been sublimated by the sensational ratings on Spotify and promises a similar success for the video, even though there is no physical presence of the two artists. That the project is ambitious and that it aims high is demonstrated by the entire infrastructure organized for its realization.

The video of Hold me Closer

To sign the direction of the video clip, Elton John and Britney Spears have decided to rely on a director of the highest caliber, Tanu Malino, who complied with all the requests of the two artists and found the most captivating interpretation of the piece. Tanu Malino took a group of dancers and went with them to Mexico City, where they recorded the main scenes. The video is an explosion of colors and music, a return in style for the voice of Britney Spears who has been away from the scene for too long and who now, also thanks to a “godfather” like Elton John, can try to to rebuild that career that until a few years ago had launched her in the Olympus of world music.