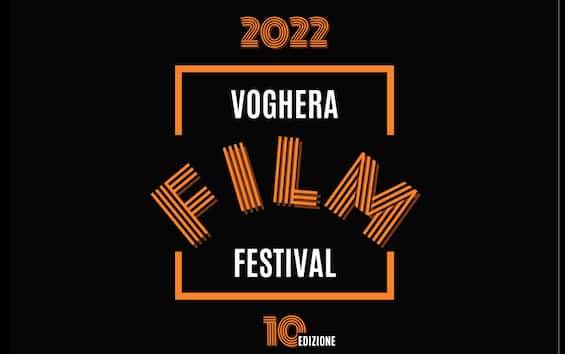 In Voghera, in the province of Pavia, the first take (so to speak) of the VFF is expected this weekend: the Voghera Film Festival, which this year celebrates its 10th anniversary.
To celebrate the tenth anniversary, this edition of the film festival will include three days of screenings, initiatives and events all for the use and consumption of Italian cinephiles (and not only).
As this is a festival that includes international short films among the competitive categories, in fact, the Voghera Film Festival annually attracts fans of the big screen from outside our own borders.

Saturday 8, Friday 14 and Saturday 15 October are the three dates to write down in large letters on the agenda, if you are one of the aforementioned cinephiles.
After the pandemic years that had blocked everything, including VFF, the passion for cinema and culture is finally back to being enjoyed in the presence.

The review is supported by the non-profit association “Iria cultura” and is dedicated to promoting cinema in the city and in the territory. As we said, a selection of international short films from different parts of the world will also be proposed this year.

In the three evenings the best titles of the four competitive categories in which the festival is divided will be awarded: international short films, horror short films, short film scripts and feature film scripts. All the events, screenings, initiatives and presentations taking place under the Voghera Film Festival will take place at the Teatro dei Padri Barnabiti in Voghera, with free admission.

Below you will find the program in detail.

It starts on Saturday 8 October, with a performance that mixes cinema and music

To open the dances will be a musical performance, that of Khawas Terzet. The live will be held on Saturday 8 October at 9.30 pm, proposing itself as a mixture of cinema and music, two sectors that have always intersected and hybridized each other.
The concert includes the screening of films with soundtracks. Khawas Terzet will perform live soundtrack Journey through the impossible (Voyage à travers l’impossible), the famous 1904 film by Georges Méliès, a fantastic masterpiece (and with fantastic we mean more things, not just the reference film genre).
The band will let itself be guided by the images of Méliès blending drones and noisy environments (thanks to Augusto Sorvillo, the synthesizers) with improvisations and electroacoustic melodies (Monika Rogalska – violin, viola and fx), all with a free jazz drums (Filippo Monico, drums and percussion).

Khawas Terzet are an offshoot of Khawas, an experimental collective dedicated to musical exploration and free improvisation, continuously researching to combine music with other languages ​​and forms of communication. Following, the Superga project which sees (indeed: hears) the musician Matteo Bailo playing live – with a guitar and a synthesizer – a clip taken from Nosferatu by Friedrich Wilhelm Murnau, whose centenary is celebrated.

Friday 14 October, horror night in the heart of Voghera

The event continues on Friday 14 October, offering the usual and now highly anticipated “Horror Night”. Five short films in competition will be screened from 9.30 pm and the national premiere of the feature film will follow The talons of the eagle by Alex Visani, starring Manuela Arcuri. The director will be present at the screening.
The titles selected for this first category are Witch heart by Marco Baroni (Italy); The Abyss of The Soul by Guilherme Daniel (Portugal); Larvae by Alessandro Rota (Italy); Part Forever by Alan Chung-An, Ou (Taiwan); Tiam by Samaneh Rad (Iran).

Saturday 15 October: the book-investigation on Satanism in rock and cinema

The grand finale of the festival is celebrated on Saturday 15 October, divided into three parts.
At 16.00 there will be the presentation of the book of investigation and essay on Satanism in rock and cinema The curse of the Dakota. Rosemary’s Baby, Cielo Drive, John Lennon and other obscure facts by the journalist of Sky TG 24 Camilla Sernagiotto.

From the murder of Sharon Tate by the sect of Charles Manson to the assassination of John Lennon, this essay reviews all the mysteries and coincidences that link violent and suspicious deaths to names in music, cinema and entertainment at the famous palace. in New York, where the film was shot Rosemary’s Baby by Roman Polanski, husband of Sharon Tate. And in front of which John Lennon was killed (who lived there, like many, many other movie and music stars, from Lauren Bacall to Bela Lugosi and Judy Garland).

This compelling essay explains in a well-documented but also captivating way that – although it was the Beatles’ White Album that entered the trial of the murder of Roman Polanski’s wife (the actress massacred in the eighth and a half months of pregnancy by followers of the Manson sect. Recall that Charles Manson blamed his crimes precisely on alleged subliminal messages contained in that record) – in reality perhaps it was not that record that inspired the murderous delirium but another famous “monument” of the show: the Dakota. During the presentation of the book, clips of the “satanic” and “cursed” film by Roman Polanski will be screened, Rosemary’s Baby precisely.

The titles selected for the afternoon awards are Colonies by Romain Daudet-Jahan (France); Don’t Tell Anyone by Sahar Sotoodeh (Iran); It all depends on you by Daniele Ceccarini (Italy).
Instead in the evening the following shorts will be screened and awarded: Shakira by Noémie Merlant (France); Heart by Pierpaolo de Mejo (Italy); Vlada Goes to London by Arti Savchenko (Israel); Theo by Eduardo Bunster and Belén Abarza (Chile); Cylinder by Amir Pazirofteh (Iran).

The Voghera Film Festival aims to create a cultural and creative reference point for the city of Voghera, the Oltrepò, the province of Pavia, Lombardy and Italy in general, with an eye also always aimed at the Europe and the whole world.
This event is made possible by a team of art and cinema enthusiasts, a group that every year is enriched more and more by new young collaborators who work for months on the selection of short films from all over the world, in addition to organizing the festival. in all its aspects.

Together with the artistic director Giulia Bona, Carlo Stagnoli, Eleonorita Acquaviva and the young collaborators Sara Traversa, Mara Vignola, Rebecca Ferrari, Luca Albera and Jacopo Antoniolli, among others, work on the project.
Last but not least (indeed), one of the souls of the Voghera Film Festival is Marco Rosson, the young Italian director who shot the film in 2012 New Order starring the legendary actor Franco Nero.

Marco Rosson, the director from Voghera who in 2012 directed the great Franco Nero

Just in 2012 Franco Nero – one of the most famous Italian actors in the world, iconic name of the so-called “spaghetti western” genre who has starred in well over one hundred films – had the honor of being directed by Quentin Tarantino in the film Django Unchained (remember that Franco Nero was the protagonist of Django, the 1966 film by Sergio Corbucci which inspired Tarantino’s film). In reality, more than saying that Nero had the honor of being on the set with Tarantino we could say the opposite, since for the American pulp director Franco Nero is the living legend, not vice versa. We are also talking about an actor who during his rosy career was directed by sacred monsters of the caliber of Lucio Fulci, Franco Zeffirelli and Elio Petri, just to name a few of our own, as well as Luis Buñuel and Claude Chabrol internationally.

In addition to the presence of Nero, the film by Marco Rosson (New Order) would deserve new attention for the prophetic virtues that, with hindsight, connote Rosson: the plot tells of the planet Earth captured in the year 2032, three years after an unknown virus caused a worldwide epidemic and caused the death of the 90% of the population. It was the year 2012: only seven years later that prophecy would partially come true.

The “director-prophet” Marco Rosson (prophet because of the omen we mentioned earlier, that of the pandemic described in his New Order of 2012) will also be one of the souls of another event for cinema and culture enthusiasts that will always be held in Voghera: for the event The Curse of the Dakota – The Backstage (organized by Confcommercio and Ascom Voghera, Ubik Voghera, Associazione Artigiani dell’Oltrepò Lombardo, Voghera Film Festival, Arcana Edizioni and Beatlesiani d’Italia, with the patronage of the Municipality of Voghera) to be held on Saturday 29 October in Voghera at the club Il Meeting (from 10.30 in the morning until late evening) will be offered masterclasses of experts in cinema, music and literature who will talk about topics covered in the book The curse of the Dakota. Rosemary’s Baby, Cielo Drive, John Lennon and other obscure factsi by Sernagiotto. At 18.30 there will be the masterclass entitled “Rosemary’s Babythe cursed film that changed the history of cinema (and Hollywood) ”by Marco Rosson.
In addition to the masterclass on Rosemary’s BabySaturday 29 October in Voghera there will also be the following lessons for lovers of culture and entertainment: “The young Holden, history of the cursed bestseller ”by Federica Scarrione, professor of literature and Latin at the Galilei high school in Voghera; “The White Album, the Beatles record that undermined rock (and inspired Charles Manson)” by Rolando Giambelli, president of the Beatlesians of Italy; “The Dakota, the cursed palace where the stars live (and die)” by Camilla Sernagiotto, journalist and writer; “The esotericism in the blues, from Robert Johnson’s crossroads to the voodoo of New Orleans” by Paolo Canevari and Jimmy Ragazzon, musicians and blues experts.