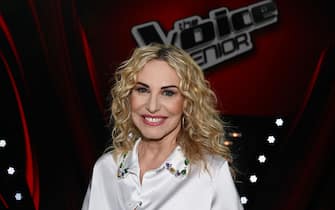 On January 13, the third edition of The Voice Seniorconducted once again by Antonella Clerici

Among the judges, we find once again Loredana Bertè

Loredana Bertè, the photo story of the singer

During the first episode a competitor decided to interpret At least you in the universe by Mia Martini. A great risk to sing it in front of Loredana Bertè, who however she appreciated and was also moved

The Voice Senior, everything you need to know about the 2023 edition

Another confirmation of the edition is Clementino

WATCH THE VIDEO: Clementino, 7 curiosities about him

During the first episode, Clementino performed a version of Samarkand by Roberto Vecchioni. The singer-songwriter commented on social media, revealing that he enjoyed that moment of lightness. “Maybe Clementino doesn’t know about my Neapolitan origins…” wrote Vecchioni

In place of Orietta Berti, last year’s judge and current commentator on the Big Brother VIPthe Rich and the Poor have arrived

Sister Cristina Scuccia, from revelation of The Voice 2014 to today. PHOTO STORY

“We are excited. Seeing the format last year, we were struck by the great love for music that the contestants have” commented the two new judges

“In front of the performance of certain artists I said: ‘You didn’t sing badly. You just sang a song’. We are waiting for the interpreter capable of putting grit and will to live into a song” said Angela

The spin-off of The Voice Senior dedicated to children and teenagers, The Voice Kids, will be aired from March, again hosted by Antonella Clerici

As for the judges, confirmed Loredana Bertè, Gigi D’Alessio and Clementino. Absent due to commitments The Rich and the Poor: Elettra Lamborghini will arrive in their place, loved by the youngest