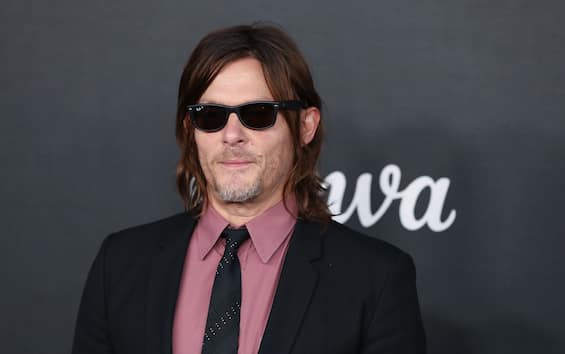 The AMC series about the zombie apocalypse has come to a complete conclusion with the last episode of season 11 available today on Disney+. The cast and producers of The Walking Dead have revealed that they kept some famous props as mementos from the set before filming wrapped. Let’s find out together what some of the main protagonists of the series and director and producer Greg Nicotero have taken home.

Jeffrey Dean Morgan who in the series plays Negan, the super villain who then becomes part of the survivors and changes factions and personalities, has revealed that he is still partly negotiating with Nicotero to get some more The Walking Dead gadgets. “I kept Lucille and keep it in a glass case in my office,” confessed the actor. The spiked baseball bat was his main weapon and his hallmark for many episodes of the series. “Now I also want the original leather jacket” he added, as well as “my Whisperer zombie mask”. And, moreover, he has not hidden that he also wants to take some gadgets from the other characters, such as Daryl’s legendary crossbow. But we don’t think Norman Reedus agrees. “I came home in my stage attire and to be honest, I didn’t even want to. I was so busy hugging people and saying goodbye to everyone that I literally got in the car and just left,” said the actor who plays Daryl Dixon on the series. “I kept a vest for every season and have a crossbow from almost every season. If crossbows weren’t so big and I didn’t live in Manhattan with limited space, I would have one for every season ”he added, but regrets not having taken his motorcycle, his faithful companion for many episodes.

Melissa McBride, or the combative and determined Carol, specified that she hadn’t taken anything without asking first. “I have Sophia’s scrunchie and some clothing items from my wardrobe, which have been made multiple copies,” she said. And then she brought Carol’s dagger with her, a very coveted prop even by fans. Colleague and partner in the apocalyptic adventure Lauren Cohan, aka Maggie Rhee, brought along her character boots and some photos of her that she really likes. “I have a great photo of me and Norman (Reedus) on her electric motorcycle,” she confessed.

“I took the pigtail. I told Tiffony Simpson, who has been doing my hair for years, that I was going to steal the ponytail,” revealed the actor who plays Eugene on The Walking Dead. “You’ll have to look the other way,” I warned her, and she wanted to talk me out of it. Then she on the last day she said, “Hey, Taylor Knight wants to talk to you.” Taylor Knight was the head of our hair department, and I thought he just wanted to say hi because he’s been cutting my hair since day one on set. Instead he gave me a gift and in a box there was the pigtail.

A prop truck from Atlanta to LA

“A giant truck came back to Los Angeles full of everything we stored in Georgia for 12 years,” said Greg Nicotero, director and producer of The Walking Dead since the beginning. “There was a dead deer from season 2 that Dale finds when he’s killed. And the horse that Rick ate in Season 1 — we reused all those animals over and over again. All that stuff was in this giant department store in Atlanta. And now it’s all coming back to LA,” Nicotero explained.