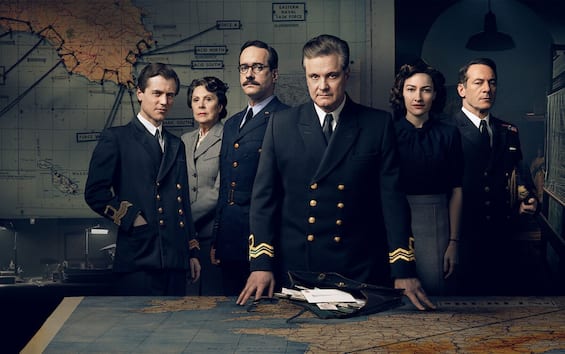 The year is 1943. The Allies are determined to break Hitler’s grip on occupied Europe, their plan is an all-out assault on Sicily but they face a major dilemma – how to protect a massive invading force from a potential massacre. It falls to two extraordinary intelligence agents, Ewen Montagu (Colin Firth) and Charles Cholmondeley (Matthew Macfadyen) who bring to life the most ingenious and unlikely disinformation strategy of the war – centered around the most unlikely of secret agents: a dead man. The weapon of deception – Operation Mincemeat, is the extraordinary true story of an idea that hoped to change the course of war – taking enormous risks, defying all logic and testing the mettle of its creators.

THE WEAPON OF DECEPTION – OPERATION MINCEMEAT – Friday 30 December at 21.15 on Sky Cinema Uno, streaming on NOW and available on demand.