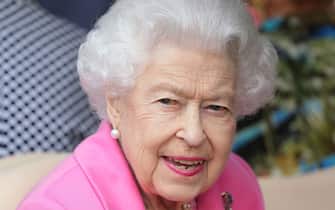 The royal week opened with a message from Queen Elizabeth II of England who officially kicked off the 22nd Commonwealth Games, an event that over the years has united many different peoples in friendship and sport, of which Edward is patron. , Earl of Essex and Forfar, fourth son of the sovereign

Helen Mirren, details of the letter written to Queen Elizabeth before The Queen

Prince William and his daughter Charlotte have sent a tender good luck to the “Lionesses”, the players of the English football team involved in the final of the women’s European Championships against Germany, a match won by the British with a result of 2-1

Prince William turns 40: from shots with Lady D to photos with Kate and her children

On the Instagram profile of the royal house of Denmark, some beautiful choral shots have appeared that testify to a great family event at the Palace of Gråsten with relatives from Germany, Greece and the United States, all around the three seniors of the dynasty: the Queen Margaret II of Denmark, Princess Benedikte of Denmark and Anne-Marie of Greece

The Duchess of Cambridge, in Playmouth for a sailing competition between the UK and New Zealand, gave her admirers a perfect nautical chic look with white Superga lace-ups, linen shorts and Erdem cachmere pullover. Everything absolutely perfect

Kate, William and Princess Charlotte were in Birmingham for a memorable day at the 2022 Commonwealth Games. The Duchess of Cambridge wore a total white look by Alexander McQueen, one of her favorite brands; for her daughter, a striped dress with a Peter Pan collar from sustainable brand Rachel Riley

The photographers, who focused on the royal trio throughout the match, caught the very funny expressions of little Charlotte who, with each public appearance, conquers even more the hearts of her subjects

Princess Tatiana of Greece and Denmark Tatiana Blatnik, wife of Prince Nikolaos, with this barefoot shot he wished his social audience happy holidays and reminded everyone to use the month of August to relax and build fantastic memories

From Valldermossa, Mallorca, Spain, also comes the traditional summer photo of the Spanish royal family: protagonists Prince Felipe and his wife Letizia with their daughters, Sofia and Leonor

The Spanish royalty were greeted with great enthusiasm by the locals. Their look is a perfect collection of day dresses suitable for the summer and once again proves the preference for low-cost clothing of the most prominent family in Spain

On 3 August Charlotte Casiraghi, the second child of Princess Caroline of Monaco, turned thirty-six. For Chanel’s royal global ambassador it is a magical season: she is the protagonist of the campaign of the Fall / Winter 2022-23 season, she is also at the center of the video of Miss by Sébastien Tellier

Meghan Markle, born in 1981, turned forty-one on 4 August, an anniversary that was highlighted with a tweet of greetings from the Dukes of Cambridge and the Princes of Wales who both posted a portrait of the American on the day of mass for the Jubilee of platinum of the Queen. According to some, the choice is not accidental and could be symbolic since on that day the relations between Harry’s wife and her family appeared to observers to be cordial but cold.

In the last week Meghan Markle has been at the center of the news for various reasons: from the (alleged) divorce with Harry, to the poor performance of the Archewell association’s business. To weigh down the climate, the expert on royals, Lady Colin Campbell, defined the Duchess of Sussex as a great calculator that acts only motivated by economic or image returns and for this reason alone she would have married the current wife

On 4 August at Palazzo Marivent, in Palma de Mallorca, Queen Letizia, Prince Felipe and her mother-in-law Sofia hosted a dinner for about four hundred people for the authorities of the Balearic Islands. For the evening, the Queen delighted those present with a wonderful summer look, enhanced by the tanned complexion

The dress, a low-cut maxidress with a brightly colored cactus print, is a garment by designer Charo Ruiz that has been combined with espadrilles, shoes loved by the sovereign, and gold-plated silver earrings by Isabel Guarch Joyas