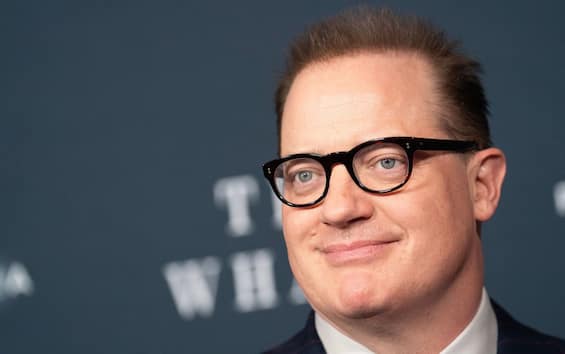 The Whale and the psychological and emotional drama by Darren Aronofsky with Brendan Fraser protagonist who plays Charlie, an obese writing professor who lives alone without going out anymore due to his excessive weight which no longer allows him to walk and move independently. After being away from Hollywood for many years after the success of him in the 90s with films like The Mummy, Fraser he takes his revenge with this film and shines again in the firmament of the seventh art with various awards and a possible nominations for the next Oscars which has been talked about for several months. The performance of him in The Whale has been appreciated by a large part of the public and critics worldwide to date and the actor, in an interview with Entertainment Weeklybest explained the film’s dreamlike ending.

The relationship with the daughter

For many viewers the the final Of The Whale can be interpreted in different ways for her somewhat ambiguous nature. It could be read as a religious meaning, a tragic twist or a surreal version. Does Charlie find release from him? Charlie has a daughter even though he is separated from his wife, but his relationship with the young girl played by the star of strange things, Sadie Sink, it’s not idyllic. The man wants to try to recover and be a good, loving and accomplice father, and he tries it in the short visits he receives every week. At the end of the film, he makes her read an essay that is quoted from the beginning of the film, then stands up with an enormous effort and heads towards the door of the house, meeting his child himself until he finds himself immersed in an intense light white and looks to the sky. “With a touch of magical realism we see Charlie finally fly,” says Fraser. The daughter represents a mirror that places Charlie in front of reality. “This is who you are, react, do something”.

The final scene of The Whale it’s not for everyone, it’s hard for some to digest, and Brendan Fraser suggests viewers understand one particular scene that comes first to better process the ending. He’s referring to the scene where Ellie and Charlie, father and daughter, start spending time together after the man agrees to help her write an essay for school. Ellie is still hurt by her behavior, by being abandoned by her father and not having been able to count on him for many years, and she tries to hurt him with her words by daring him to walk. But he can’t and accepts the humiliation. In the final scene the two end up connecting after overcoming the initial obstacles and Charlie manages to stand up while she reads the Moby Dick essay, to finally prove himself to her. “However, the effort of walking is more than Charlie can handle and he dies, while Ellie reads the essay,” Fraser explains, adding: “Eventually there seems to be a bright light shining all around, which could be interpreted literally as if Charlie was ascended into heaven or figuratively to show that he has been redeemed.”

An ending to be interpreted on several levels

The ending of The Whale play on multiple narrative layers and, for those who know the cinema of Darren Aronofsky, it is not a big news. The visionary and controversial director who usually pushes himself into the surreal and the metaphorical – just think of his Mother! or Requiem for a Dream – seems to direct with The Whale a film too canonical for him, but his stylistic nature comes out at the end. The underlying theme is the redemption and liberation that reaches the protagonist after his purgatory on Earth due to a loss, a great pain for the death of his life partner. The Whale is a touching film that addresses the parent-child relationship, together with the sense of inadequacy and the processing of pain and depression. At the end Charlie proves that his love for his daughter is still there, strong and sincere, and represents the hope for all parents in search of forgiveness or redemption. So for Fraser it is not a tragic ending, but a positive albeit melancholic and moving one.