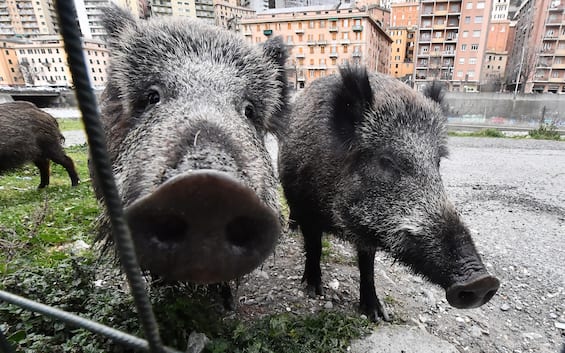 The novelty is introduced with an amendment being maneuvered to counter the presence and damage caused by these animals in urban contexts and in the countryside. There are about 2.3 million wild boars that can be encountered in these environments. A situation which according to Coldiretti requires an immediate solution and which, in the last year, has caused an accident every 41 hours, with 13 victims and 261 seriously injured. Lollobrigida: it’s not about hunting, we’re dealing with a problem

The wild boars killed in the city, according to the measures included in the manoeuvre, can be eaten. In summary, this is the main novelty on hunting even in urban areas, introduced by the Meloni government with the text that will have to be approved with a vote of confidence on Friday. The animals will be subjected to hygienic-sanitary analyzes and, if not, they will be destined for food consumption: this can be read in the final version of the amendment by the Brothers of Italy to the text of the manoeuvre, approved in the Budget Committee (MANEUVER: THE SPECIAL – LIVE UPDATES).

How many wild boars are there in Italian cities

There are about 2.3 million wild boars that can be encountered in cities and in the countryside in Italy. Very high numbers which, in the last year, have contributed to registering an accident every 41 hours, with 13 victims and 261 seriously injured. A situation that according to Coldiretti requires an immediate solution. From the data collected by the Confederation, 81% of Italians think that the problem should be tackled by resorting to culling, by appointing specialized personnel to reduce the number. 69% believe wild boars are too numerous and 58% consider them a threat. And the safety problems are also accompanied by the one linked to the swine fever emergency. Anti-wild boar nets, enlargement of hunting areas and containment plans had already been implemented over the last year in various Italian regions. The amendment in manvora that allows wild boar hunting in the city finds full satisfaction in the president of Coldiretti Ettore Prandini. “The situation – underlines Prandini – has become unsustainable in the city and in the countryside with incalculable economic damage to agricultural production but the environmental balance of vast territorial ecosystems is also compromised”.

“It is not about hunting but it will finally allow us to face seriously and not with a dispersion of enormous and useless economic energies, the problem of combating some pathologies that endanger the lives of hundreds of thousands of animals”, explains the Minister of Agriculture, Food Sovereignty and Forestry Francesco Lollobrigida.