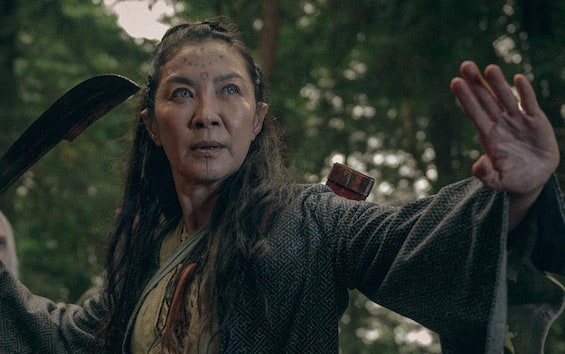 The official teaser trailer for The Witcher: Blood Originthe mini television series in four parts that will debut on December 25 on Netflix (also visible on Sky Q and via the app on Now Smart Stick).

This is the prequel series of The Witcher and stars Michelle Yeoh. It is set more than 1000 years before the events of the original series.
In recent weeks the actor Henry Cavill, star of The Witcher in the lead role Geralt of Rivia, has announced that after the third season (which will arrive in 2023) he will pass the baton to colleague Liam Hemsworth. It is to him that he will give the part of Geralt of Rivia.

Instead, for this prequel series, Michelle Yeoh will be the first woman. The story will tell the creation of the first prototype of Witcher, the most feared and fearsome monster hunter in the world.
The events leading to the so-called Conjunction of the Spheres will be narrated, that magical event that destroyed the world of the elves and led to the birth of humans.

“All the beginnings, all the ends,” Michelle Yeoh’s character Scian says enigmatically in the clip.
The latter is the heroine at the head of a tribe of noble warrior elves, with whom she will go in search of a magical sword that has been stolen from her.

You can watch the official teaser trailer of the television series The Witcher: Blood Origin in the video you find at the top of this article.

The cast of the series

In The Witcher: Blood Origin the absolute protagonist is the actress Michelle Yeoh, in the main role of Scian. At her side are her companions Éile (Sophia Brown), a member of the Queen’s guards who will abandon everything to become a musician, and Fjall (Laurence O’Fuarain), a warrior who was born into a clan of men and who goes seeking revenge.
The mini series is directed by Sarah O’Gorman and Vickey Jewson; Lauren Schmidt Hissrich (the showrunner of the original series) is executive producer, while the author of the books Andrzej Sapkowski is the creative consultant.

The Witcher: Blood Origin represents the new expansion of the narrative universe of The Witcher. Already in August 2021 Netflix had presented the animated spin-off Nightmare of the Woolf.

You can watch the official teaser trailer of the television series The Witcher: Blood Origin in the video you find at the top of this article.