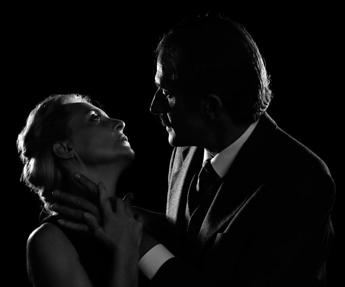 If the woman in the title has ‘lived’ twice, her character has had at least three lives: the literary one in the thriller written by the French authors Thomas Narcejac and Pierre Boileau, the cinematographic and very famous one in the film directed by Alfred Hitchcock and that of the theatrical reduction, which now sees until Sunday ‘The Woman Who Lived Twice’ played by Reuben Rigillo and Linda Manganelli al Ciak theater in Romedirected by Anna Masullo, in a production by Stabile del Giallo.

The plot is the one made famous by the feature film which, according to a recent survey commissioned by the British Film Institute, is even “the best American film of all time”. The protagonist is the former investigator Scottie who, having left the police because he suffered from vertigo after an emotional crisis due to an episode that cost the life of a colleague of his in an attempt to be saved, is contacted to supervise a woman who may have suicidal temptations. The fascination exercised by her will lead him to follow and chase her first until the apparent suicide and then what he believes to be her as a double of her, attracted by this sort of double identity that will only reveal her origin at the end.

“We are faced with a timeless thriller, just as the feeling that dominates it is timeless, i.e. love – underlines the director’s notes Anna Masullo – However, it is not a love story but a story about love, about the most sublime and most devastating feeling that a man can try. When this feeling takes root in the human soul, it can lead to actions in which passion takes over what is more lyrical than love; and revenge underlines the negative spiral into which it is easy to fall and from which one can only be saved by forgiving”.