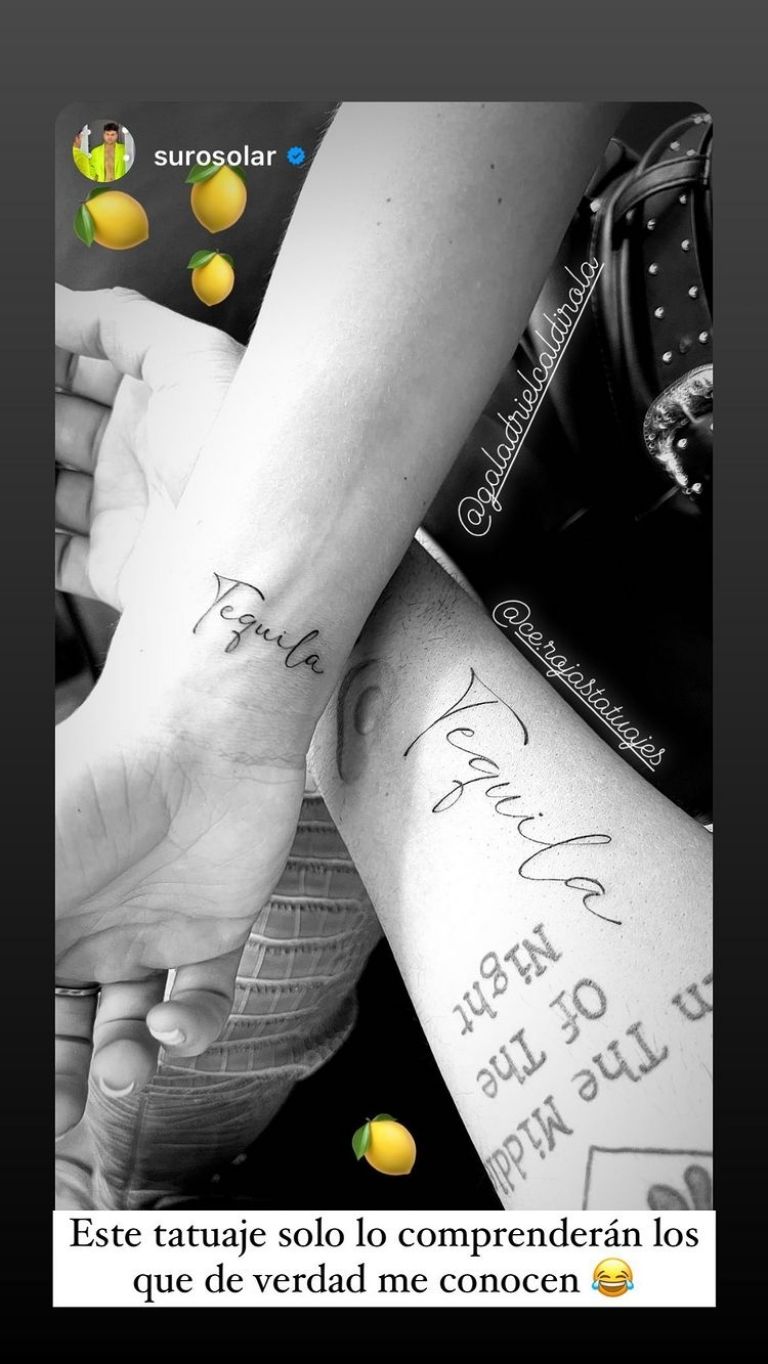 Gala Caldirola has been vacationing on the paradisiacal beaches of Mexico with her friend and manager Suro Solar, but she has also met some compatriots, such as Pamela Díaz. Both have filmed content for YouTube and have been on film together.

And he revealed how he achieved it: “Every day I try to follow good habits… Nourishing myself with good food, getting enough rest, having positive thoughts, playing sports…”. But in addition, the Spanish influencer showed her two new tattoos in her Instagram stories.

This Thursday morning, February 17, Gala showed his visit to the tattoo studio and the result. The first of them was on her wrist, where she had the word “Tequila” tattooed, the name of the traditional Mexican alcoholic drink that is drunk with lemon and salt. “This tattoo will only be understood by those who really know me” he wrote and showed that his friend Suro also did it to him.

the other tattoo Gala It was done under her right breast, where the name of her daughter she has with Mauricio Isla was written in handwritten letters: Luz Elif. “It means the beginning of everything,” she explained to his most curious fans.