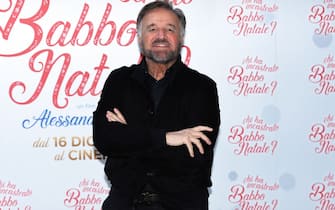 Christian De Sica he is director and actor of the film They are just ghosts. He interprets Thomas, one of the three sons of Vittorio Di Paola, who in the past had been a very successful magician before the decline that led him to live for the day. In the film, Christian De Sica also lends his face to the same Vittorio

WATCH THE VIDEO: They are just ghosts, De Sica is back with a horror comedy

Carlo Buccirosso is Charles, one of the three Di Paola brothers. After moving to Milan, he works in his father-in-law’s company where he is treated as incapable due to his bad financial investments

Gianmarco Tognazzi is Ugo, the last of the Di Paola brothers to live in Naples. He is the only one who believes in the existence of ghosts and, because of this, he is often hospitalized as if he were mentally ill.

“They are just ghosts”, the plot of the film

Christian De Sica, the best films of the actor. PHOTO

The actress Lucianna De Falco has the part of the lady Franca Vastathe first client of the crazy ghost-catching agency of the Di Paola brothers, who manage to chase away the ghost of their sister

Claudio I teach is a voice actor and younger brother of the best known Pine tree. In They are just ghosts plays an Egyptian

Actress and comedian known to Zelig, Ippolita Baldini is Serenathe wife of Charles