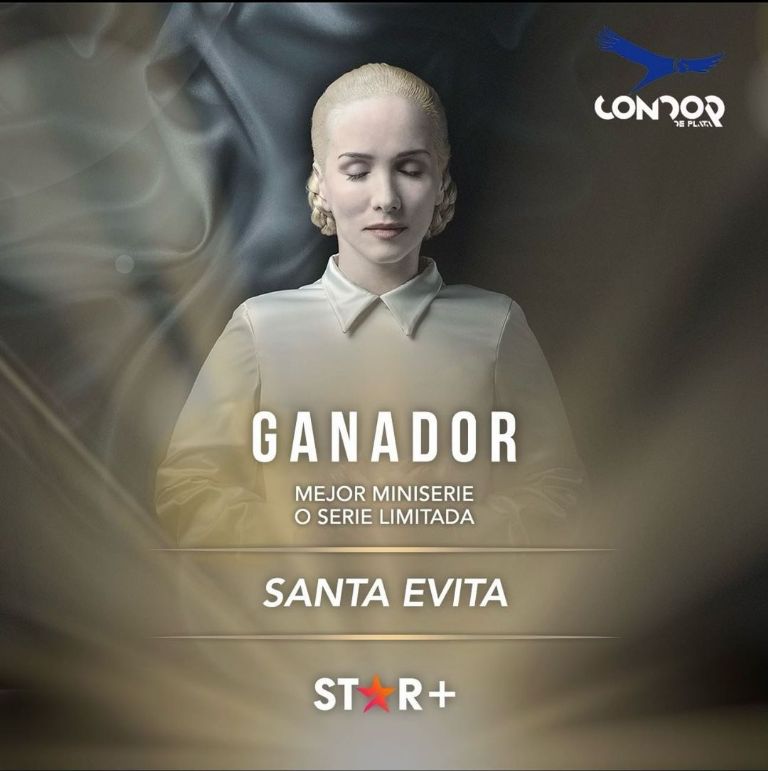 On July 26, it premiered on Star + “Santa Evita”, the new series he produced Salma Hayek. Although it was a success at the box office due to the relevance of the story, especially in Argentina, the series received a lot of criticism, and in particular Salma herself was the main target of bad comments.

“Santa Evita” It is based on the homonymous bestseller by the writer Tomás Eloy Martínez. Salma produced the episodes together with Pepe Tamez, and with an excellent setting and a very good cast, she tells the mysterious story behind the corpse of the iconic Argentine first lady Eva Perón, played by Natalia Oreiro, who was embalmed and kept hidden for 16 years. Going through different hands, places and even generating situations worthy of any horror and suspense movie.

Although it was already known that it was not so well received by the public, the controversy broke out yesterday, when Salma Hayek He made a post thanking the awards that the production won. In the post, the description says: “Many thanks to the Association of Cinematographic Chroniclers of Argentina for recognizing SANTA EVITA with 9 Condor Awards. I feel very proud of our extremely talented team!” The 9 awards that “Santa Evita” won were: Best Miniseries, Best Direction, Best Leading Actress in Drama, Best Art Direction, Best Costume Design, Best Original Score, Best Editing, Best Makeup and Hairstyling, Best Director of Photography.

Although he managed to win the prizes, “Santa Evita” he failed to settle in the hearts of the spectators, without a doubt the best recognition. Seeing how many awards Salma’s followers had won, they fired strongly against her and the series. Some of the comments were based on political ideology, but others were critical of the production itself.

Some of the cruelest against Salma They were: “Too bad they didn’t want to tell the true story”, “Best series? Not even a blind jury would choose it.” “Very limited” “Do not mess with stories that are not yours or your country.” However, it also had some positives: “Congratulations” “Formidable” “You have to support Latino cinema.”