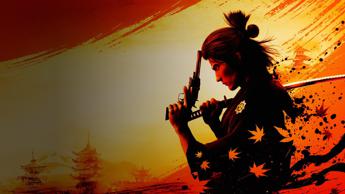 The game expands on its 2014 predecessor, which was released exclusively in Japan

Sega and RGG Studio have presented a new trailer for the action-adventure title Like a Dragon: Ishin!, which shows the arsenal and new fighting styles available in the game. The swordsman Sakamoto Ryoma will have to defeat the enemies relying on his samurai sword and pistol, using various fighting styles including Gunfight, Crazy Dance, Free Fight and more. Like a Dragon: Ishin! will be released on February 21, 2023 on Xbox, PlayStation, Steam and Windows. Players can pre-order digital versions of Like a Dragon: Ishin! and receive early access to the game on February 17, 2023, as well as securing three additional weapons: Kijinmaru Kunishige, a dark sword with a white hilt, Bleeding Luster, a blood-soaked sword, Black Ship Cannon, a cannon salvaged from vessels westerners. Like a Dragon: Ishin! it expands on its 2014 predecessor, released exclusively in Japan, with localization support, new content and, thanks to the Unreal Engine 4, remastered graphics and advanced features for modern platforms.