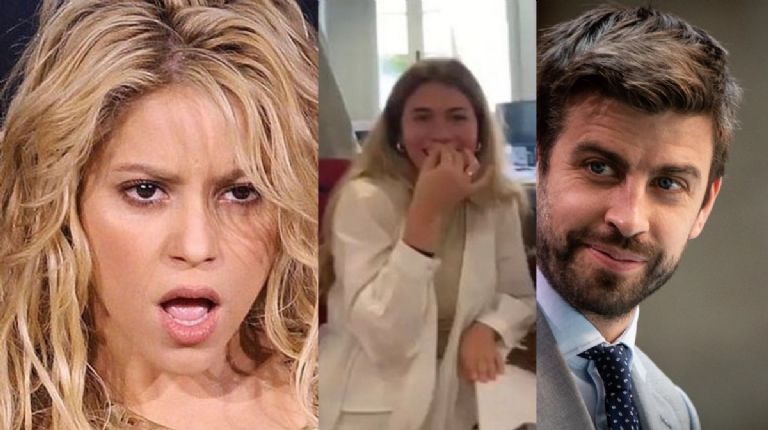 The back and forth between Shakira Y Gerard Piqué in the negotiations for the possession of their children Milan and Sasha seems to have no end. The former couple does not agree and in the midst of situations and rumors that do not help close the separation that is spreading a lot.

The truth is that this week it was learned that Gerard Piqué will fulfill a dream with his girlfriend, Clara Chía Marti, which he was unable to achieve during his relationship with Shakira. The player wants a third child and the public relations officer would be willing to start a family with him since things are serious.

In old statements, Gerard Pique he had referred to the possibility of enlarging the family and said: “I have always wanted to have three. If there is a third, it will be welcome.” But Shakira He also whitewashed that he did not agree in 2014 and sentenced: “Gerard is convinced that he wants to have three, but I want two, so we are negotiating.”

Apparently Gerard Piqué He already expressed his wish to Clara Chía Martí and she would be delighted. The scoop was released by the journalist Jordi Martin who assured: “It’s something we couldn’t imagine they were going to do so soon”, while adding that a large part of the player’s environment already knows it.

“He has told his closest entourage that he wants to have another child and this may happen in 2023. He is super in love with Clara. He says he wants stability with Clara and he looks more in love and happier than ever,” Jordi closed. Martin while stressing that this surely hurts Shakira in privacy.