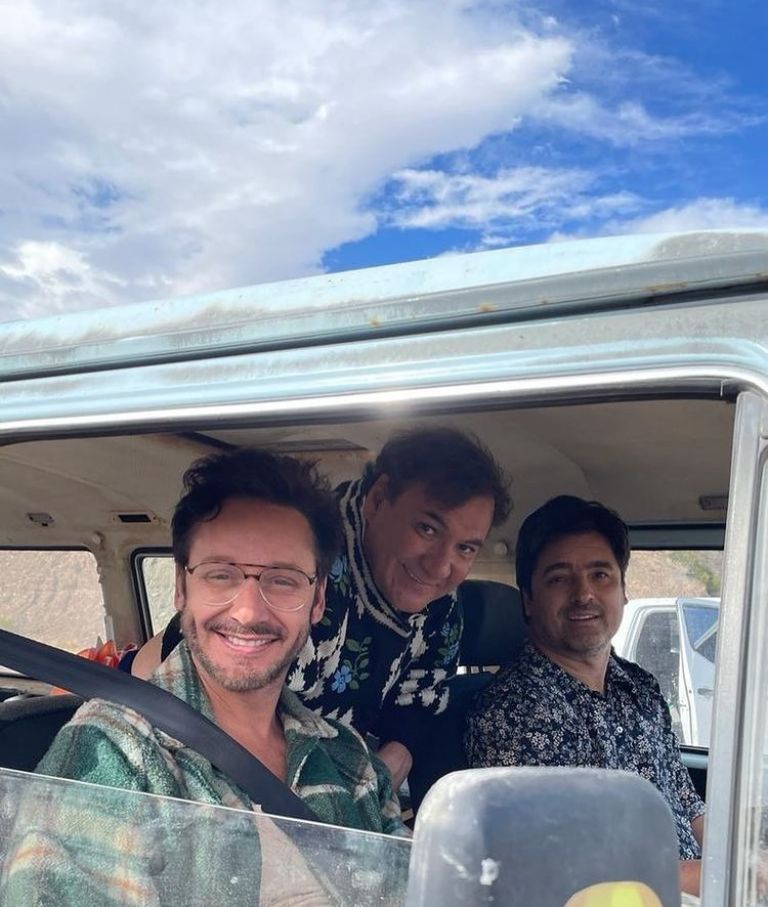 Benjamin Vicuna stars in the Chilean film of the year. A road movie directed by the Argentinian Marcos Carnevale (“Hail”) whose producer and co-writer is Sebastián Freund, responsible for “Stefan v/s Kramer. It is worth noting that this was the most watched film in the history of Chilean cinema.

The film in which he stars Benjamin Vicuna already has a release date for next year. The actor’s followers can now see the trailer with the first images of the film that is set to become the Chilean comedy of the year. This production moves between emotion and humor, as well as friendship, sacrifice and solidarity.

In addition to the former China Suarez, the cast is made up of a great cast with the popular Chilean actors Jorge Zabaleta, Fernando Larraín and Rodrigo Muñoz, as well as the special participation of the host Pancho Saavedra and the Argentine actress and TV host Laurita Fernández. This news has generated a lot of expectation in the Chilean public. In 2023 it will be released in Chilean movie theaters.

The story centers on Nico (Benjamin Vicuna), a father who along with his best friends is going to meet his daughter. Along the way, everyone will live a great adventure with risks and unexpected dangers. The film is a combination between road and buddy movie and Vicuña with the other protagonists have a mission: to arrive in time for Nico to rescue his little daughter before she goes to the adoption system. The production was in charge of Rizoma Films, a company Directed by Freund, responsible for hits like “Los Debutantes”, “El Bosque de Karadima”, “El Hilo Rojo” and “Stefan v/s Kramer”, among other productions. It is in co-production with Canal 13, Vía X Films, Twentyfour-seven, Leyenda Films, Frontera Films, Corinthian Media and Secuoya Studios. Some of the scenes of the ex China Suarez They were filmed in the city of Mendoza, in locations such as the City and the areas of Potrerillos and Chacras de Coria.

Right now, Benjamin is doing theater in Argentina, The Grönholm Method. The cast is also made up of Laurita Fernández, Rafael Ferro and Julián Cabrera. In this work written by the Catalan author Jordi Galceran, three men and a woman meet in an office of a multinational. They’re there for the same reason: a job interview for a top executive position in which the rules are unconventional.