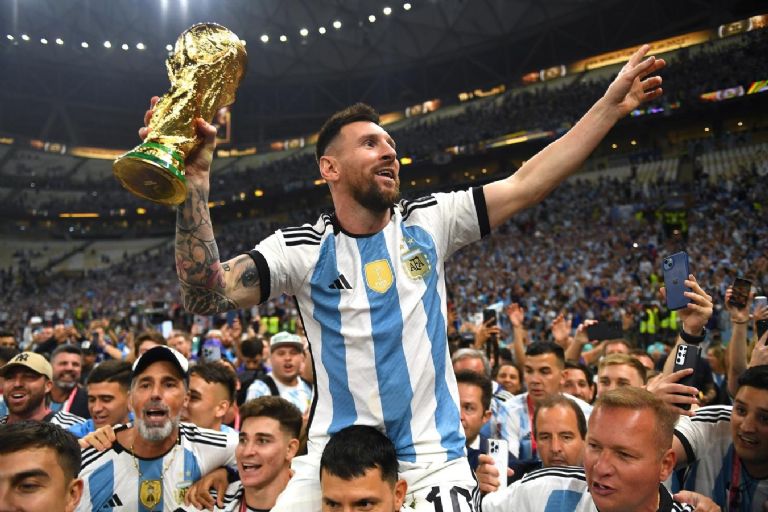 In the World Cups, the positions of neutral countries to the final, They are always controversial. It is usually a tradition to support the country of the continent itself. But many times this does not happen, as in the case of Mexico, which having lost against Argentina, I had some people supporting the French National Team. The vast majority of the Latin American population supported the Argentine team, especially since in this fifth and possibly last World Cup for Lionel Messi, the soccer star was deserving of the cup. However, the actor Cristian de la Fuente he was indignant with the Mexicans who were rooting for France, and he did not remain silent.

Cristian de la Fuente He opened the controversy when in a video he expressed his opinion in front of those Mexicans who had decided to support the French team. The final match of the World Cup Qatar 2022 It was a spectacle, a hard-fought and highly entertaining match, where both teams demonstrated high quality football. Through penalties, Argentina managed to become champion and add its third star.

According to Excelsior, at the moment Cristian de la Fuente, was in a hotel in Mexico City. In order to share such a historic moment as any end of the world, she decided to go down to a common area and thus see the meeting with other people.

It was in this context that he recorded a video criticizing the Mexicans who were supporting France, stunned by this situation, he also reaffirmed that he supported Argentina. The video was broadcast by the “First-hand” program. In the words of Cristian de la Fuente: “I didn’t know that there was so much French in Mexico. All supporting France. Then I said to someone ‘Hey, how incredible that there are so many French in Mexico’”.

In the video you can also see an interesting detail. The Mexicans declared that they supported the European team to go against the South Americans. At that point the ex angelica castro He said: “Too bad, why go against someone, it’s better to always go in favor of someone. That’s why we’re going to Argentina.”