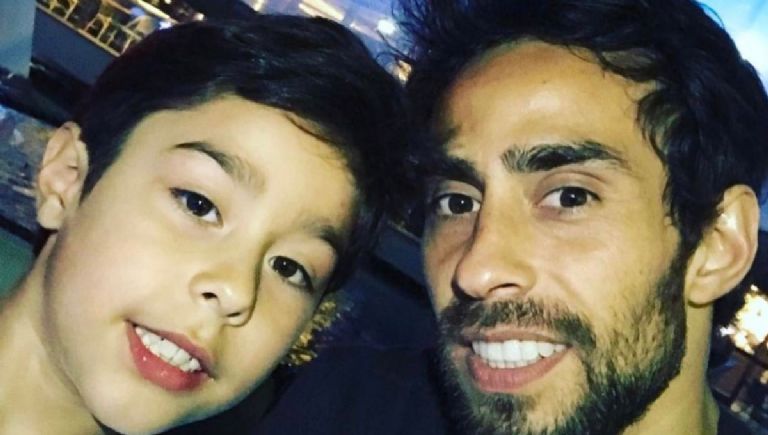 The model and beauty influencer Daniela Aranguiz continues with her work as a panelist on the program ‘Zona de Estrellas’ and after her divorce with the soccer player Jorge ValdiviaEverything he does attracts attention. A few days ago they shared the birthday of their son, who is called Jorge like his father, as a family.

It was at that moment when Daniela Aranguiz explained that although they are distanced with Jorge Valdivia, both prioritize the well-being of their children and share events. The brunette went further in family intimacy and she said that they will also spend the end of the year holidays together on a trip.

Now it was learned that Jorge, the son of Daniela Aranguiz Y Jorge Valdivia, did not use his father’s last name for a long time to avoid any kind of awkward situation. The young man also plays soccer but in the team of the Universidad Católica de Chile although his father is identified with ‘Colo Colo’.

In Zona de Estrellas, the issue of the stigmatization suffered by the children of celebrities was addressed and how much it costs them to deal with media exposure and Daniela Aranguiz He gave the example of his son: “When he arrived at the Catholic University, he arrived as ‘Jorge Aránguiz’, because he did not like anyone to know.”