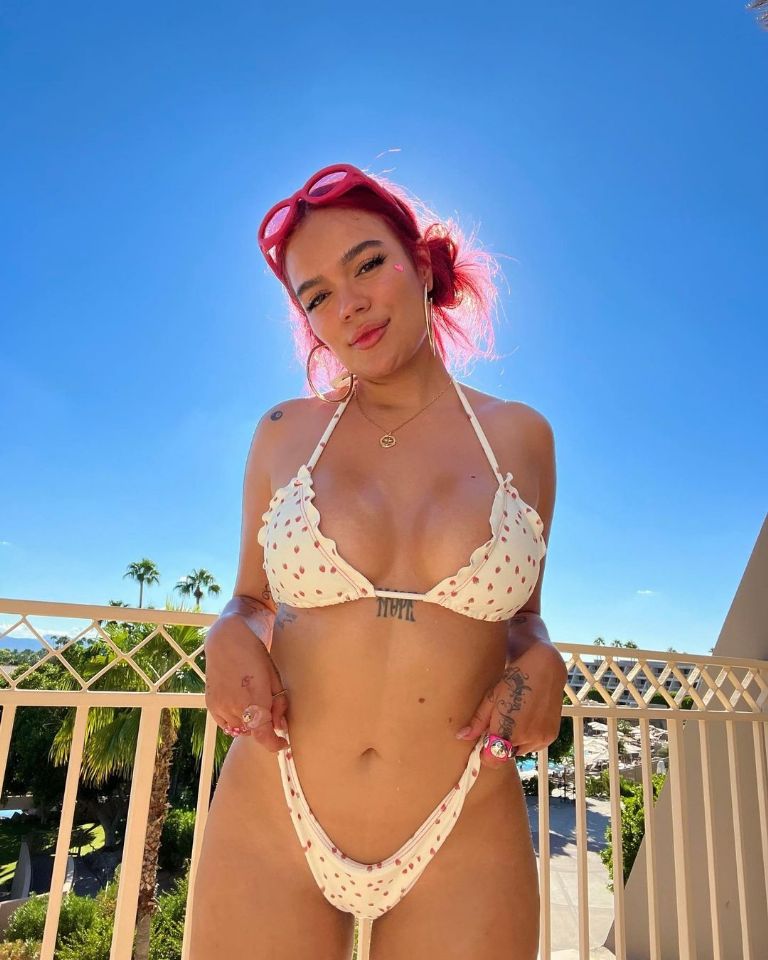 Karol G is one of the most important singers of the urban genre and has managed to conquer the whole world with her music and her charisma on stage. The tour of the United States was included as one of the most successful and Bichota is going through her best moment personally. In one of her last shows, the interpreter of ‘Tusa’ experienced an emotional moment when a fan gave birth in full concert and she ended up crying. Later, he accompanied her to the hospital and was happy.

In the last few days, what is the diet that carries out was leaked Carol G to stay in shape and be able to endure the physique during his tour. Since the 31-year-old Colombian singer received a lot of criticism during the pandemic because she had gained weight, she decided to start eating healthy foods. What Bichota avoids is junk food and processed foods and she tries to drink two liters of water per day. To this, she adds that she performs a cardio routine three times a week to eliminate fat and tone and strengthen muscles, buttocks and abdomen.

In September Carol G He began his tour ‘$trip Love Tour’ with which he toured several cities in the United States and quickly became a success, ranking in the Top 10 of those who have sold the most tickets. In addition, the Colombian singer is the only woman on that list and the third Latin artist along with Daddy Yankee and Bad Bunny, selling more than 13 thousand tickets.

In one of his last concerts, Carol G She broke down in tears when she saw that a fanatic gave birth in the middle of the show and had to be attended by medical personnel. In the presentation that Bichota was making in Fresno, United States and while she was performing ‘El Makinón’, a woman had a family. The Colombian artist did not hesitate to find out the information of the young woman to visit her in the hospital.

In a story he shared through his Instagram account, Carol G posted a photo where she is seen excited and with a very tender message: “Anahí, the baby, is incredibly healthy and beautiful. Her mom too and I speechless. Happy and grateful for the incredible experiences that God adds to my life.”