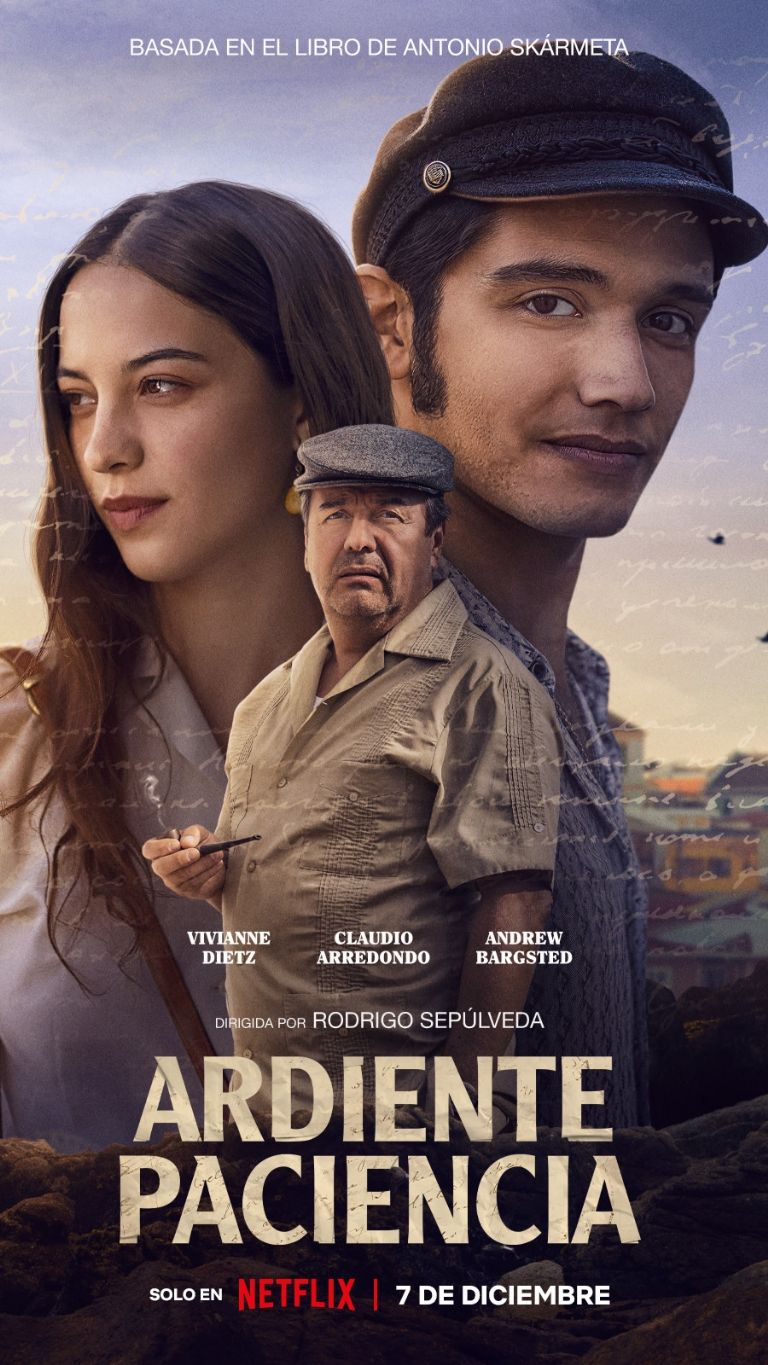 Netflix today presented the official trailer for burning patience, the film based on the homonymous novel by Antonio Skarmeta Directed by Rodrigo Sepúlveda (I’m afraid of a bullfighter, Aurora, Our Father).

The production is set in 1969, the year in which Neruda (Claudio Arredondo) is a presidential candidate and tells the love story of Mario (Andrew Bargsted) and beatrice (Vivianne Dietz); the one that she has as one of the main opponents of Elba (Paola Giannini), Beatriz’s mother.

The film, which will be released on December 7 on Netflixhad its premiere yesterday at the Mar del Plata International Festival, where actor Andrew Bargsted and director Rodrigo Sepúlveda were able to talk with the audience after their first showing.

On the occasion, Rodrigo Sepúlveda said about the film: “I studied literature so for me it is very important to make this film because poetry and literature have accompanied me all my life. Burning patience rescues the importance of words and how with these we can build realities; in this case around love” Andrew Barsgetd also said: “I am very excited to see the film with you on the big screen for the first time, it was very nice to work with Rodrigo and Vivianne and propose to tell this story of an idyllic and pure love” .