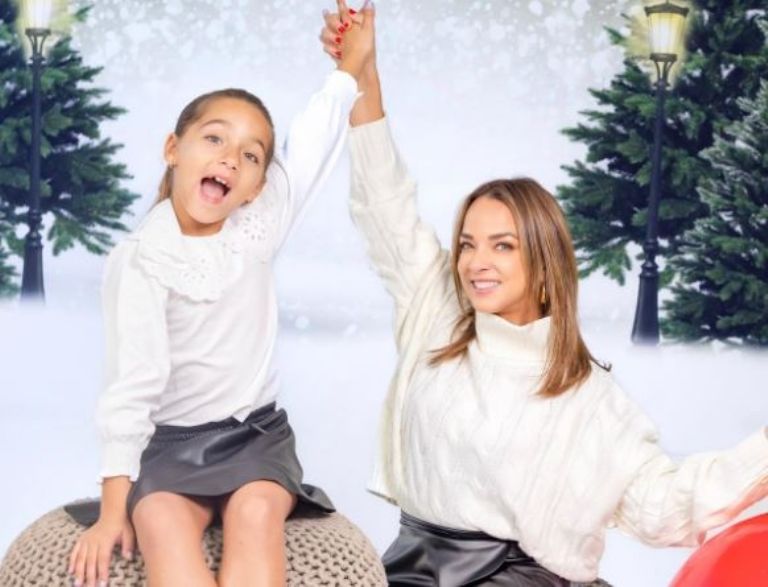 Adamari Lopez is anxious to start a new year and is excited by the fact that she is confident that it will be a positive year, as she commented on Mezcal Entertainment, where she allowed herself to take stock of year. Adamari, who was the presenter of Hoy Día, a Telemundo production, reflected on the lessons learned in 2022 and revealed what she is looking for in a new love.

“I have had a year where I have known how to value work and appreciate it. I think what I have learned is to learn to enjoy each stage, feel it, live it, face it, and move forward,” she said reflectively. Adamari Lopez that every day collects more followers on Instagram. “In personal terms, I think there are many things that I can continue working on to continue improving, in self-esteem, in personality, in character.”

He also revealed what his rituals are for the beginning of the year: “I believe that the rituals are all done: throw water back, run out with the suitcases, eat the twelve grapes for prosperity, red and yellow pants.” He stressed his reasons for trusting these rituals: “All of them have worked for me at the time. I remember once I put on both pants, the red and the yellow at the same time, which I think is for money and prosperity, which was a very good year, and red for love”, said Adamari Lopez. “The water back so that the bad goes away, the suitcases to travel a lot, they have all worked for me,” he continued, advising his followers.

When they asked him if he sees himself finding love in the coming months Adamari He confessed that he would like it, but he put some conditions: “Respect, admiration, fidelity and that he shares the desire to form a family for life.” Before a commitment request, she clarified that what she needs is someone with courage. “In character I am a strong woman, I am not going to deny that I have my character, it does not necessarily mean that I am going to work to be more docile. Did you see that I said docile? I did not say submissive”, she challenged the listeners.

“I like communication, looking for that correct way of communicating, continuing to learn with that respect, with that love for the couple that arrives so that we can integrate and not separate,” he said, denoting learning about couples since he has suffered a lot. Adamari Lopez.