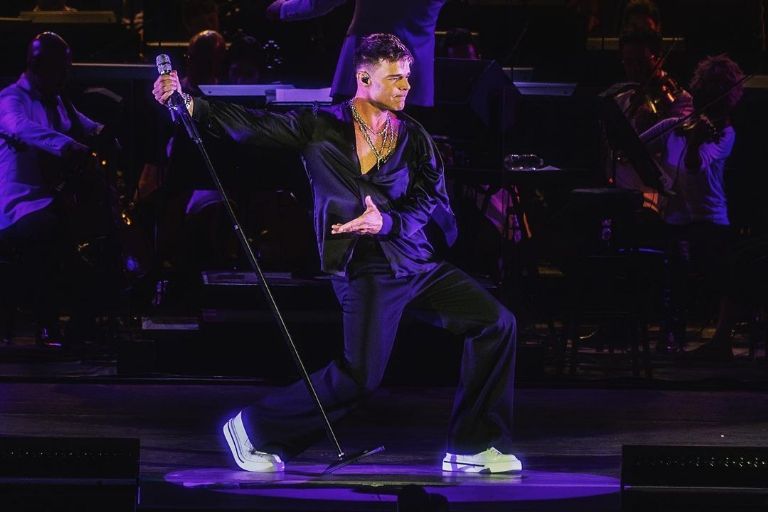 Ricky Martin is a Puerto Rican singer and actor who is considered the ‘King of Latin Pop’ and who, thanks to his contributions to the music industry, has been cataloged as an international figure in popular culture. In recent times, the interpreter of ‘Livin la vida loca’ is facing a legal process carried out by his nephew who accuses him of alleged sexual abuse. Who denied the young man was his own mother, Vanessa Martin, who is the half-sister of the 50-year-old artist and of whom a photo was leaked in the social networks.

The singer, who has sold millions of albums and who has been awarded several awards such as Latin Grammys, Grammys, Billboard and Latin Billboard, is on a tour of several countries that has the particularity of being symphonic. Ricky Martin announced a new date in Argentina, after the concert scheduled for November 30 at the Movistar Arena sold out, he had to add the date for December 1. Tickets sold out in less than 25 minutes and sparked outrage from fans.

Argentina we have a new date! uD83CuDDE6uD83CuDDF7 DECEMBER 1

On the other hand, beyond the musical, Ricky Martin He is not going through a great moment personally, considering that he is in a legal battle made by his nephew Dennis, who accuses him of alleged sexual abuse. However, in recent days, the Justice of Puerto Rico denied the request for protection made by the young man.

In relation to this judicial problem, who supports Ricky MartinIn addition to her husband and friends, her sister, Vanessa Martin, is the mother of the young man who denounced the singer for alleged sexual abuse. Given the rumors, she decided to break the silence and completely denied her son. In a photo viralized on social networks, the singer can be seen with his brothers and the woman is the youngest in the family.

This is what Vanessa Martin, Ricky Martin’s sister, looks like pic.twitter.com/RWsoI6Dm95

Vanessa, the sister of the Puerto Rican singer, shared some messages in which she denies the accusations made by her own son. Ricky Martin’s sister transferred some screenshots to the artist’s lawyer who said that the young man had long sought to damage the image of the interpreter of ‘Vuelve’. With the evidence presented, what the relative seeks is to protect Dennis and to desist from the accusations.