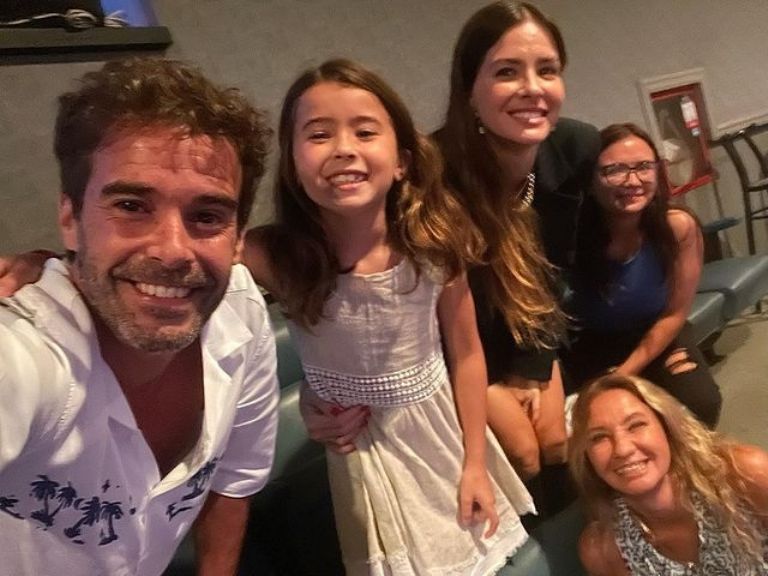 The actress Maria Eugenia ‘China’ Suarez 30 years old is one of the most popular women in the region and as a consequence one of the most followed on social networks. Only on Instagram, the Argentine actress accumulates six and a half million followers who are aware of her movements.

The china suarez She is the mother of three children, Rufina is the eldest and was born from the relationship she had with Nicolas Cabre and Magnolia and Amancio are the minors and the fruit of her love with Benjamín Vicuña that ended in mid-2021. The actress has an excellent relationship with her first partner and they live together as a family with their daughter.

The truth is that the china suarez separated harmoniously from Nicolas Cabre something that he did not achieve with Benjamín Vicuña and the Argentine actor has made it clear on more than one occasion how well they live together for his daughter Rufina and for what they once were and has shown postcards.

Now the china suarez went to the theater to see a play that premiered Nicolas Cabre in Buenos Aires in which he is the director and it was he himself who thanked him on social networks. “You have no idea the pride and happiness that everything we have achieved gives me, the family we are. You also have no idea how beautiful and important it is for me that you have come. Thank you, I love you,” he wrote.

to which the china suarez commented: “Who has seen you and who sees you demonstrating jejejejejjeej” and then shared the post with photos of her, Rufina and her mother Marcela together with I will fit in the theater, in his stories and posted: “Here with the director, we congratulate you” and then took a photo of the full room and added: “If you want to laugh and have fun, go see the play Tom, Dick and Harry.”