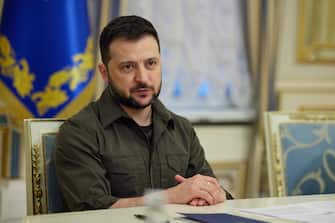 Volodymyr Zelensky ranks # 1 in Time’s readers’ poll of the most influential people. With over 3.3 million votes, the Ukrainian president wins the 5% preferences

Ukraine: the story of Volodymyr Zelensky, the former comedian who became president. PHOTO

Zelensky is a head of the country from April from 2019, when he surpassed his predecessor Poroshenko with over 70% of the votes in the second round of the presidential elections. When he chose to go into politics, Zelensky was already known by many as comic and character in a television series

Ukrainian war, Zelensky: “Does Russia use laser weapons? Indicates the failure of the invasion “

In second place in the ranking we find Elon MuskCEO of Tesla and SpaceX, who receives the 3.5% of the votes. Time magazine had already named the US billionaire “Person of the Year 2021” last year

From the possible purchase of Twitter to the latest allegations of sexual harassment in recent months Musk continues to make headlines. The social media has accepted his offer of 44 billion dollars but for the moment the negotiations are on stand-by

Elon Musk-Twitter, what’s going on and why the deal stalled

With the 3.4% of the votes the British Prime Minister Boris Johnson conquers the last step of the podium. Despite the criticism of the holidays during the months of the pandemic, readers have considered Johnson one of the most influential people of the year.

In fourth place in the ranking we do not find a single character, but the whole category of health workers. Doctors, nurses and Oss, fundamental for the fight against Covid-19, conquer the 3.2% of the votes

The US president closes the top 5 of the most influential people of 2022 according to Time readers Joe Biden. The head of the White House, who in recent months has led the United States in the response to the Russian invasion of Ukraine, has obtained the 3.1% of the votes. The rest of the ranking will be released on May 23rd.

Born, Biden’s “strong support” for the accession of Sweden and Finland. Turkey says no