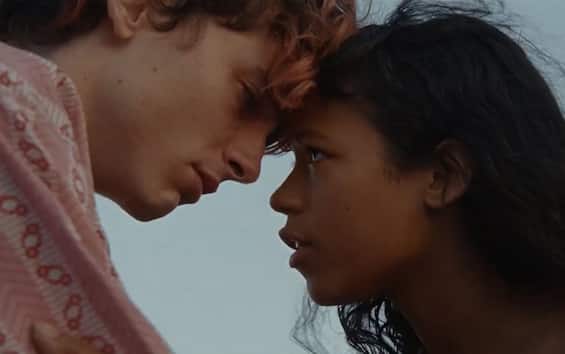 Bones and Allthe new film by Luca Guadagninowill be in competition at the next Venice Film Festival but its protagonist, the actor Timothée Chalamet has already shared the first trailer of the film on its social networks. If the film confirms what was anticipated, the expectations for the new work of the Italian director are very high. Luca Guadagnino took inspiration from the novel by Camille DeAngelis, and despite what one can imagine at first, it would be an understatement to pigeonhole Bones and All among romantic films. In fact, the plot of the screenplay is much more complex and articulated and unfolds in sometimes dramatic ramifications, which promise not to take your eyes off the screen for a moment.

The trailer for Bones and All

The first images of the teaser trailer for Bones and All they are the essence of what the public will be able to see in a few weeks at the cinema. Timothée Chalamet, who plays Lee, and Taylor Russell, who lends her face to Maren, find themselves close, at sunset, in love. Impossible to say if they are also happy, screams are heard in the background and everything suggests that thatlovethat feeling that oozes from the images of the teaser trailer, will not be easy to to pursue. The atmospheres photographed by the trailer released by Timothée Chalamet are those well known by Luca Guadagnino, soft and almost rarefied. His hand is evident in every preview frame that has been disclosed. The characters of the two very young protagonists are already very characterized from the preview, which suggests that during the film there will be numerous moments in which that characterization will be the nerve center for understanding the film and the plot, capable of touching very strings. deep in the audience.

The plot of Bones and All

Luca Guadagnino and his writers were quite faithful in following the plot of the literary version of Bones and All. Maren and Lee are two cannibal lovers and tells of “the first love between a young woman, who is learning to live on the margins of society, and a vagabond deprived of civil rights, while the two embark on a thousand-mile odyssey through the back roads, hidden passages and trap doors of Ronald Reagan’s America ”. The two try to put the past that has marked their life up to that point behind them but “despite their best efforts, all roads lead back to their terrifying past and a culminating event that will determine whether their love can survive their differences. “.

Manufacturers explain that Bones and All it’s a’odyssey on the road liberation on two people who become themselves, seeking their own identity and pursuing beauty in a dangerous world that does not respect who they are “.