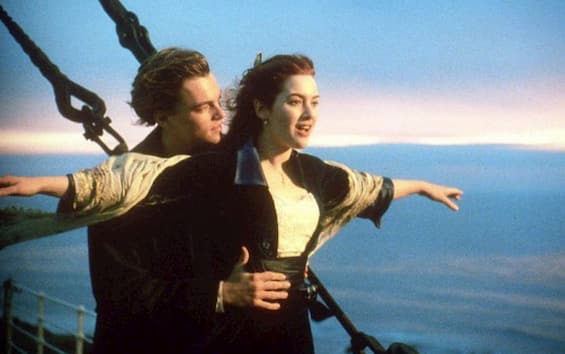 The film “Titanic” will turn a quarter of a century in 2023 and for the 25th anniversary an operation intends to celebrate it by bringing back a remastered and restored version, in 3D and 4K.

The US magazine reports it exclusively Deadlinewhich headlines with an unequivocal “Titanic: the remastered version will be released in theaters in time for Valentine’s Day 2023”.

One of the most celebrated films of James Cameron’s filmography is the award-winning, Oscar-winning feature film and unprecedented box office phenomenon.
According to Deadlinehas been scheduled for a new theatrical release just in time for next year’s Valentine’s Day.

A remastered version will be available in theaters in 3D, 4K and HDR, with an international release starting February 10, 2023, as confirmed at Deadline. Paramount has US national rights, while Disney will distribute to the rest of the world.

Jon Landau, longtime partner of Cameron Cameron and the film production company COO of Lightstorm Entertainment, took a 36-hour plane trip from New Zealand to attend Disney’s CineEurope in Barcelona on Wednesday, June 22. On that occasion he announced that by February 14 next year he will return to the big screens “Titanic”.
A 3D look at the remastered version anticipated the news of the re-release of the film, showing a succulent taste to bystanders, who were able to preview a small 3D extract of the restored version. A 3D version had already been released in 2012 but nothing to do (apparently) with the spectacularity of this new role of “Titanic”.

“Titanic”, the story of a myth

The film “Titanic” is one of the most famous films of the nineties and also of the history of cinema. It made Kate Winslet and Leonardo DiCaprio mega stars: the actress and actor became stars thanks to their participation in the role of the protagonists of that film, the unforgettable Rose and Jack.
“Titanic” landed in American cinemas in December 1997, remaining in programming all over the world for months and months given the enormous success it has achieved.
It won 11 Academy Awards including Best Picture, Best Director, Best Editing and Best Original Song.

The records of “Titanic”

“Titanic” is the film no. 3 ever at the world box office, with 2.2 billion dollars grossed. Of these, $ 659.4 million comes from North America and $ 1.542 billion from overseas. For years “Titanic” stuck to number one, but then Cameron was beaten by himself: Avatar, also directed by James Cameron, in 2009 beat “Titanic”, becoming the best film of all time in the world. .
He was then ousted from “Avengers: Endgame”. Meanwhile, James Cameron is preparing to hit theaters in December 2022 with Avatar 2, the sequel to his science fiction masterpiece.