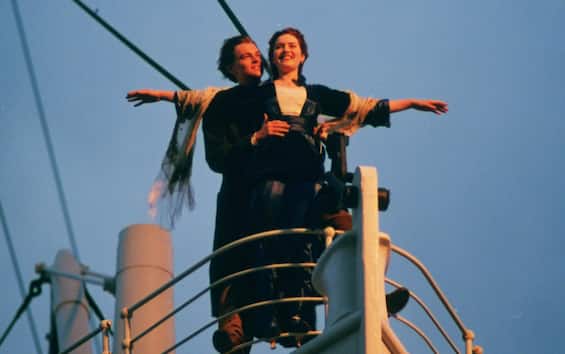 This year there won’t be racking your brains over which movie to go to the cinema to watch on Valentine’s Day evening.
Because 20th Century Studios have solved the problem, presenting an epic 4K 3D re-release: that of TitanicJames Cameron’s blockbuster which will return to theaters from February 9, on the occasion of the 25th anniversary.

Paramount Pictures and 20th Century Studios present a Lightstorm Entertainment production. The re-release of the film was produced by Cameron himself with Jon Landau, while Rae Sanchini is the executive producer.

In these hours the Italian trailer and the poster have appeared on the net. You can watch the official trailer for the 4K 3D re-release of Titanic in the video that you find above, at the head of this article. Instead, the poster can be found at the bottom of the article.

Titanic, the blockbuster entered the myth

James Cameron’s blockbuster certainly needs no introduction, as it is one of the most famous films in the history of cinema.
Titanic won countless awards and was the top grosser of the last century, before James Cameron beat himself, topping the box office of Titanic with his other masterpiece: Avatars.
His first big success came out in 1997, starring two actors destined to become stars thanks to that film. We speak clearly of Leonardo DiCaprio and Kate Winslet, in their respective roles of Jack and Rose.
Their love story is more iconic than Romeo and Juliet’s by now. It is a love story that has something epic, also because of the highly tragic historical frame in which it is inserted: the shipwreck of the sadly famous ocean liner entitled, we say “sadly famous” because its name is inextricably linked to one of the tragedies most famous of the last century.

It still remains a Titanic but a record so far unbeaten: that of 11 Oscars. Actually too Ben Hur of 1959 and The Lord of the Rings – The Return of the King of 2003 have won 11 statuettes, but no other title has ever received one more, so we are talking about three record films.

Titanic earned the most important Academy Awards, including Best Picture, Best Director, Best Cinematography, Best Editing, Best Production Design, Best Costume Design, Best Original Score, Best Original Song, Best Sound, Best Sound Editing and Best Special Effects.
When it was released in theaters in 1997, it became the worldwide blockbuster of all time (but then came Avatars in 2009, which is still in first place, and then Avengers: Endgame in 2019, which is in second position and which he sent Titanic then in third place on the podium of the highest grossing films worldwide).

You can watch the official trailer for the 4K 3D re-release of Titanic in the video that you find above, at the top of this article. Below you will find the poster.