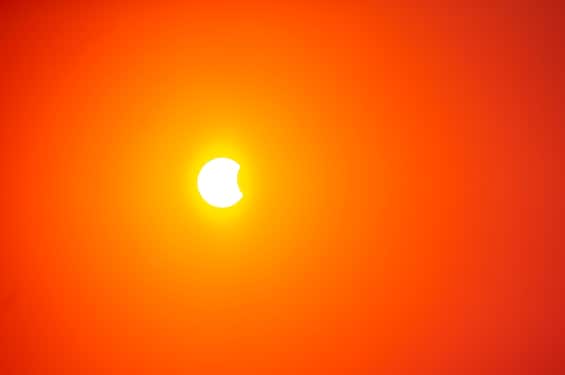 All with their noses upwards for the solar eclipse that will be visible today also in Italy. During the morning, the moon will once again stand between the sun and the Earth, casting its shadow on our planet, albeit with a less significant visual impact than in other European countries. In particular, in Italy, the phenomenon will begin to be perceptible around 11:15 in the morning.

The solar disk will begin to be partially obscured from the view of those in the northern regions, then gradually the phenomenon will also affect the central regions and, finally, the southern ones, where it will begin around 11:40. The percentage of the solar disk obscured will grow to about 20%, with a maximum of 25% occurring around 12:20 pm and limited to the north-western regions, after which the Sun’s appearance will gradually return to what we are used to.

The obscuration will be greater, and therefore, more spectacular, in Eastern European countries, up to Russia, reaching the maximum (about 80% of the solar disk obscured by the moon) in an area of ​​Siberia. Eclipses must be observed using special precautions to avoid damage to vision, by avoiding in the first place looking at the sun with the naked eye, which can permanently damage the retina.