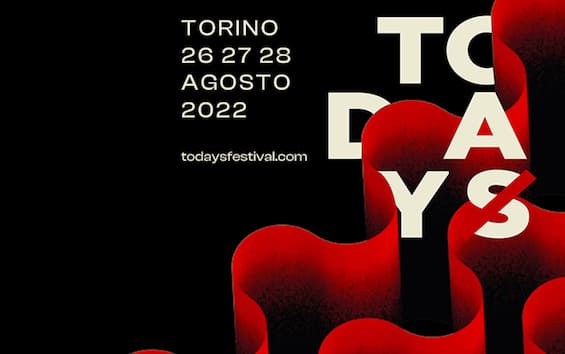 The highly anticipated seventh edition of TOdays, the historic 2022 edition, will be held in Turin from 26 to 28 August. Historic because it marks the return of live music, after the last years of the pandemic. The Turin music festival at the end of summer this year is not to be missed for various reasons, not only because after the end of the state of emergency it is a pleasure to go back to listening to music together: the musical proposal is also worthwhile, given that the event brings together many international names quite electrifying.

The second day of the festival includes Molchat Doma and Los Bitchos, the former characterized by an irresistible nostalgic post punk and the latter new promises of instrumental music.

On August 28 the English Yard Act and the legendary Primal Scream will close with a flourish, the latter expected in Turin for their only Italian date.

The seventh edition of the festival

This will be the seventh edition of TOdays festival, a project of the City of Turin created by the Turin Culture Foundation.
The appointment is scheduled for the last weekend of August and the concerts will be from early afternoon, entertaining the public until late at night.

“In such an uncertain and complex historical moment, TOdays will bring for three days, from 26 to 28 August 2022, 96 artists for 16 bands, of which 11 exclusively national and 14 for the first time in Turin, confirming its commitment to transform the city, and in particular the northern quadrant of the Barrier city of Milan, into a showcase of contemporary expression, conveyed by the languages ​​of music and its various contaminations with other forms of art “, reads the official presentation of the ‘event.

“TODAYS has given shape to that pure passion that animates the urban peripheries: geographical but not cultural periphery, in which it was decided to bring border music to the center. Also thanks to the festival, Turin rediscovers its natural vocation as a hotbed of the avant-garde: the languages ​​of music and its various artistic contaminations, the search for ideas and references with which to reshape an ever-changing artistic and musical panorama “, thus is presented the project on the official website of the festival.

“The mission of the festival is to offer space to artists who otherwise would not have the right of citizenship in Turin, highlighting the scrupulous choice of sounds and images underlined by the physical spaces, venues of events, through the regenerated architectures of an industrial archeology that is proud testimony of the history of the urban periphery “.

Once again Turin is reconfirmed as one of the most avant-garde and interesting cities of the musical (and cultural in general) panorama of our country.
For the 2022 edition, respect for diversity, overcoming borders, creating new horizons will be the guidelines of the festival which, through music and art, intends to return to the public, for three days, an experience of harmony and equilibrium.
The festival offers space for the sounds to come, anticipating ideas and trends.