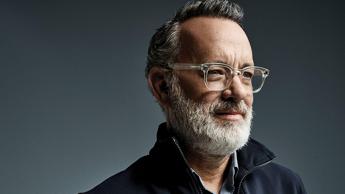 Hanx101 Trivia will be a quiz game exclusive to Apple devices

Tom Hanks has decided to unleash his passion for trivia games and, with the help of developers BlueLine Studios, has created a video game that will be released next Friday on Apple Arcade, the subscription platform for iPad, iPhone, Mac and Apple TV. Hanx101 Trivia, the name of the game, will feature questions on a variety of topics including history, math, geography and food. It will be possible to try to beat your own personal best or challenge other players online. It is not the first time that the actor has worked on an app: in 2014 he launched Hanx Writer, a text editor that has been very successful on the iPad. His production company also has an exclusive deal with Apple, and his last two films Greyhound and Finch are Apple TV + originals. The Apple Arcade service is one of the cheapest offered by Apple, but at the same time it grants access to more than one hundred exclusive games and often includes very interesting works created by famous game designers, such as Hironobu Sakaguchi’s RPG Fantasian. father of the Final Fantasy saga.