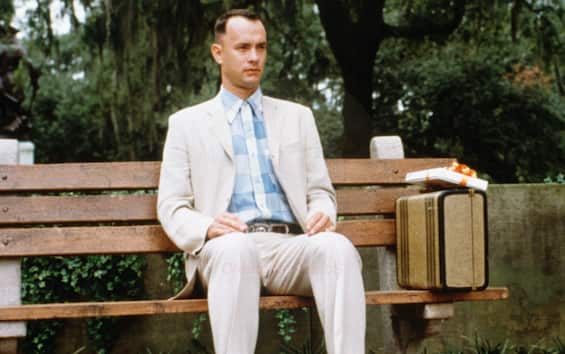 “Run, Forrest, run”! To be precise, far from the sequels. Tom Hanksprotagonist of the memorable cult Forrest Gumpdirected in 1994 by the director Robert Zemeckisrevealed in the podcast Happy Sad Confused than the idea of ​​shooting the sequel Forrest Gump 2 it vanished after only forty minutes.

Forrest Gump, the man who with ingenuity and candor traverses much of the history of the American twentieth century, from Alabama to Vietnam, from Elvis Presley to John Lennon, from John Fitzgerald Kennedy to Richard Nixon, will never know the future. The protagonist of the novel of the same name, written in 1986 by the American writer Winston Groom, lives a second life only between the pages of Gump and Co.the sequel released in 1995.

Indeed, the attempt to replicate the incredible success of the film that the American Film Institute in 1998 included in the ranking of the 100 best American films of all time would have been risky. It’s not every day that you hit the world box office with $ 678 million and win six Oscars, and Hanks and Zemeckis knew it well. “I will say that, after a long time, we made an attempt to talk about another Forrest Gump, which lasted just 40 minutes, ”Hanks said. “And then we never again … we said to ourselves, ‘Come on, guys'”.

A conscious but unusual choice for the Hollywood commercial dynamics, which often prefer the proceeds to the quality of film products. However, Hanks firmly vindicates it: “One of the wisest decisions I’ve made is that I’ve never signed a contract that contains an obligation to shoot a sequel,” he explained. “I’ve always said,“ Guys, if there’s a reason to do it, let’s do it. But you can’t force me ”. There is a natural inclination, that of pure commerce, which says, “Hey, you just made a blockbuster, so do it again and you’ll make another blockbuster.” So far, the actor has allowed the return to the screen of only one character, the writer Robert Langdon, the protagonist of Da Vinci’s code and the only sequel Angels and Demons.

Despite the sinking of the project of a second Forrest Gumpand after the successful collaborations in Cast away (another legendary film that earned over $ 400 million worldwide and earned Hanks an Oscar nomination) and the animated film Polar ExpressHanks and Zemeckis will share a fourth adventure: the live-action remake of the Disney classic Pinocchioin which Hanks will play Geppetto and which will be visible from 8 September in streaming on Disney + (also visible on Sky Q and via the app on Now Smart Stick).