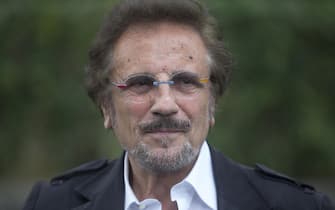 Toni Santagata, conductor and singer-songwriter of Apulian origins, known to the general public for successes such as How beautiful is lu primm’ammore and Lu maritiello. He was 85 years old, he had participated several times in Sanremo and was also a appreciated stand-up comedian

WATCH THE VIDEO: Sanremo Giovani 2022, the names of the 12 finalists

Antonio Morese, this is his real name, was born in Sant’Agata di Puglia on 9 December 1935 and had founded his first group during years of university in Naples. After moving to Rome, he began performing at the Embassy singing both in Italian and in his own dialect. In the capital he had also created Fokstudio, another well-known music venue

In the 1960s, the publication of the first discs. Among these there is also How beautiful lu primm’ammore, a considered song scandalous at the time and immediately censored. “For the first time, in a profoundly Catholic and traditionalist Italy, a song it broke the taboo of social roles crystallized for generations”, He said in an interview returning to the fact. “A adultery, the grotesque figure of a husband succubus of his wife and deprived of the authority of the pater familias was described ”

Sanremo, from Vasco Rossi to Lucio Dalla the most famous complaints in the history of the Festival

After a series of performances and various participations in the Cantaeuropa – a traveling show that had the aim of bringing Italian music to various European cities – in the early seventies he was invited to Canzonissima, famous transmission of varieties. He agrees to participate, but on one condition: to be able to sing the song that had been censored. Eventually he gets the green light, albeit with some edit the text

His career, meanwhile, also continues as stand-up comedian. Become known for Carissimo Totò, a homage to the famous Neapolitan actor, wins an award entitled “Il Bullone d’oro” and begins to participate in some Rai broadcasts such as ‘You like my face’. Later he will be the author and conductor of Cabaret everywhere, always of Rai

In 1976, after some experiences as a conductor, Santagata went on a world tour and cemented his success. Among the various stages, he also performs at the Madison Square Garden, in New York. Then also Canada and Argentina arrive

In 1994 he returned to Sanremo Festival as a member of the Italy team with An old Italian song. He had participated in the contest for the first time in 1973 with Via Garibaldi

Over the course of his career Santagata has written six musical works. The best known, Padre Pio Santo of hope, was performed in the Vatican in the Paul VI Hall on the evening of the canonization of the Saint

Santagata was a great football fan. Also for this reason, he had co-founded the National Artists. One of his songs, Squadra grande gruppo mia, also became the anthem of the 1982 world champion Italy as well as being the theme song for Domenica Sprint. His was also the initials of A for Agriculture, another well-known Rai program of the time

Santagata was also the creator of the Derby of the heart, another charity event in which actors and singers, as well as fans and supporters of various football teams play games with the colors of their favorite team