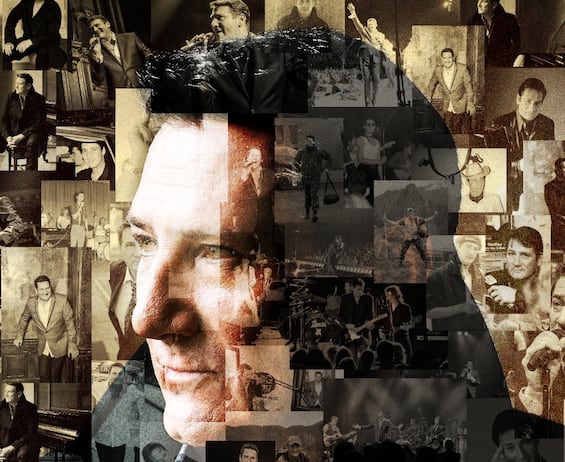 Tony Hadleyone of the most renowned male voices in the world, celebrates 40 years of career with the 40th Anniversary Tourwhich led him to tread the stages of almost 40 locations in the UK, then passing through Italy last summer, Australia, New Zealand, Japan and the Philippines. For the past 4 decades, in fact, Tony has been on the crest of the wave: first with his former band Spandau Ballet and later as a soloist, accompanied by his group The Fabolous TH Band. The tour will be an opportunity to celebrate one of the most authoritative voices in pop, who saw the beginnings with the New Romantic movement, interpreting over the years songs that have become cult by Spandau Ballet such as the epic “Through the Barricades “, the song at the top of all international charts “True“, And the unofficial anthem of the London Olympics”Gold“. In this journey around the peninsula and in his career, Tony will therefore perform iconic songs from the period in which he was with Spandau Ballet, but also his solo songs, without forgetting some iconic covers.

Italy has always been one of the most loved countries by Tony Hadley, a most reciprocated love. After various collaborations with Italian artists (with Caparezza in “Goodbye Melinconia”, with Nina Zilli in “The fair tales of New York”), in 2019 he was a guest at the Sanremo Festival, accompanying Arisa, in the race, in the song “I feel well ”, and recently at Propaganda Live on La Sette, where she starred in“ Through the Barricades ”and the brand new“ Obvious ”. As a soloist, Tony has given concerts all over the world, both with his band, with swing groups, and with large orchestras. In 2005 he earned the prize Gold Badge from the British Academy of Composers and Songwriters; in 2007 she convinced a large group of new fans by appearing in the musical Chicago as Billy Flynn in New York’s West End theaters. “Talking To The Moon“, His latest studio album, dated 2018 (2019 for the Italian market) was album of the week on Radio BBC2, and the first single”Tonight Belongs To Us”Single of the week. In 2021 “Obvious”, Written with Mick Listeralso in the BBC2 top playlist. For years, Tony Hadley has hosted the Sunday morning show of the BBC3 Counties Radio. In December 2019, she received the honor Queen’s New Year’s Honors List for his charitable commitment to the Shooting Star Children’s Hospice.

The tour is organized by International Music and Arts. Confirmed dates below:

The dates of Turin, Milan, Florence And Udine are organized in collaboration with VignaPR. Only for these dates is the VIP PACK which comprises:
– Ticket for the first two rows
– Meet & greet with the artist
– Laminated pass
– Autographed postcard