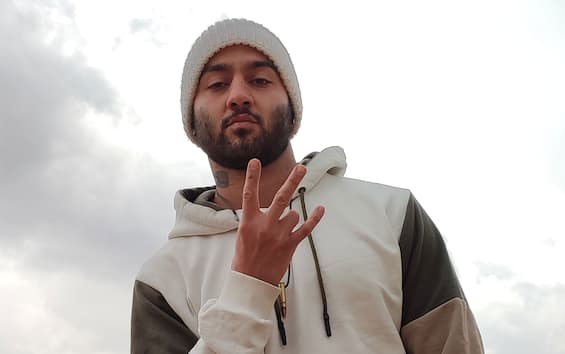 The reasons for the arrest and the charges against the Iranian rapper Toomaj Salehi, detained since the end of October in the Dastgerd prison in Isfahan for his support to the anti-system protests underway in Iran, triggered by the death of Mahsa Amini, who was stopped by the police for wearing the headscarf incorrectly. The musician, arrested in September for writing songs in support of protesters and publishing photos while chanting slogans against the security forces in Isfahan, faces the death penalty.

The Iranian judiciary has formally indicted the rapper accusing him of “spreading corruption on Earth, i.e. violating Sharia laws. In particular, the rapper will be charged with cooperation with hostile states against the Islamic Republic, propaganda against the system, formation of illegal groups to undermine security, spreading lies to undermine public opinion through social networks and encouraging other people to carry out violent actions.

In the crosshairs of the Iranian authorities

Salehi had already been targeted by the authorities for some time for his texts, in which he condemns corruption, repression and injustice in Iran. Last year he had already been arrested, but released after a few days on bail, following a vast campaign for his release. Since the beginning of the protests that erupted over the killing of young Amini last month, Salehi felt at risk and had decided to go into hiding, but not to leave Iran.

The song Barayethe protest song written by the Iranian musician Shervin Hajipour in honor of the 22-year-old Mahsa Amini, died after being stopped by the police, seems to be very close to being nominated for the award “Best Song for social change” of the next ones Grammy Awards. This was communicated by the Recording Academy itself, the US company of musicians, producers, sound engineers and music professionals that manages the award nominations: according to data provided to Variety magazine, out of 115,000 subscriptions received, well 95,000 I’m for the hymn to the Iranian uprising.

The new award of the Grammy Awards

In the next edition of the Grammy Awards, the jury will assign several new statuettes and among these the one that takes the name of “Best Song for social change” stands out. Song for social changewith which the interpreter of a piece of music that faces the hottest topics of our time. Although the final decision on the winner rests with a well-selected committee, there seems to be no doubt that such a large number of subscriptions in favor of the song “Baraye” will not go unnoticed. The CEO of the Recording Academy, Harvey Mason Jr.said: “While we can’t predict who might win the award, we’re honored to know that the Academy is a platform for people to show support for the idea that music is a powerful catalyst for change”. And he added: “the Academy strongly supports the freedom of expression and art created to empower communities in need. Because music serves the world and the Recording Academy exists to serve music.”

The Story of “Baraye”

The lyrics of “Baraye” are based entirely on messages that Iranians have posted online regarding the reasons for their protest: each of these begins with the word “baraye”, which means “for …” or “because of …” in Farsi language. In the song, Hajipour sings words like “To dance in the streets, to kiss loved ones” And “For women, life, freedom“, which the crowd often switched to during the protests following Amini’s death. The song was released online in late September and immediately amassed millions of views, becoming a veritable anthem for Iranian women in revolt, played also in solidarity rallies in the US and Europe according to The Guardian.Hajipour himself was arrested just days after the song was released, and it was only last week that Iranian news agency IRNA was told that the singer-songwriter was released on bail pending a legal trial.

Mahsa Amini, 22, was stopped by the Iranian morality police on 13 September on the accusation that she was not wearing thehijabs, the Islamic headdress, according to the rules in force on women’s clothing. Some witnesses reported violent beatings against Amini at the time of her arrest, which would have caused her to coma: two days later, the girl died in the hospital. After the news, violent protests have been unleashed all over Iran. Recently, a coroner said the death was caused by pre-existing conditionsand not for the injuries sustained in the arrest.