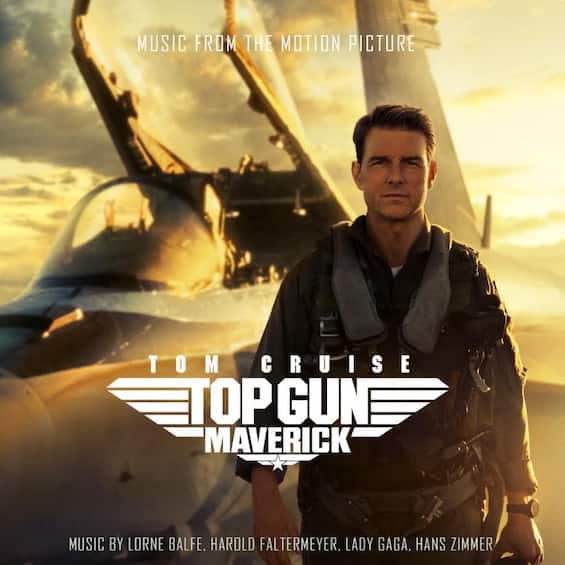 The soundtrack of the film is signed by Interscope Records Top Gun: Maverick, the long-awaited sequel to the cult signed by Tony Scott that you can see on Sky Prima-row. The soundtrack was anticipated by the single from Lady Gaga, Hold My Hand, produced by the same superstar together with BloodPop © and with the help of Benjamin Rice. The single received rave reviews upon its release. The second song to come out from the album was the single I Ain’t Worried from the GRAMMY® nominated band, OneRepublic. I Ain’t Worried is produced by Ryan Tedder, Brent Kutzle, Simon Oscroft and Tyler Spry.

The album contains the timeless classics of the first film, new songs and the music written for the new film, reflecting the past, present and future of Top Gun. There are unmistakable hits like Kenny Loggins’ Danger Zone but there is also room for a cheering live version of Great Balls of Fire, sung by actor Miles Teller in a scene from Top Gun: Maverick. There is also no shortage of music from the film composed by Lorne Balfe, Harold Faltermeyer and the Academy Award winners Lady Gaga and Hans Zimmer. The manufacturer of the film, Jerry Bruckheimer commented: “This album takes on the musical legacy of the first film, dated 1986. We are thrilled to have Lady Gaga and OneRepublic on board, who have brought their art to life giving a modern twist to the already beloved and iconic soundtrack.“.

The single Hold My Hand it was written for the film and can also be heard within the film. The film version of Hold My Hand contains additional production by Loren Balfe and Academy Award winner Hans Zimmer. The song also marked the great return of Lady Gaga as an author and producer of soundtracks after the enormous success of A Star is Born in 2018 for which the pop star won an Academy Award, two Grammy Awards, a BAFTA Award, a Golden Globe and a Critics’ Choice Award.

1. Main Titles (You’ve Been Called Back to Top Gun)

6. I Ain’t Worried by OneRepublic

9. The Man, the Legend / Touchdown