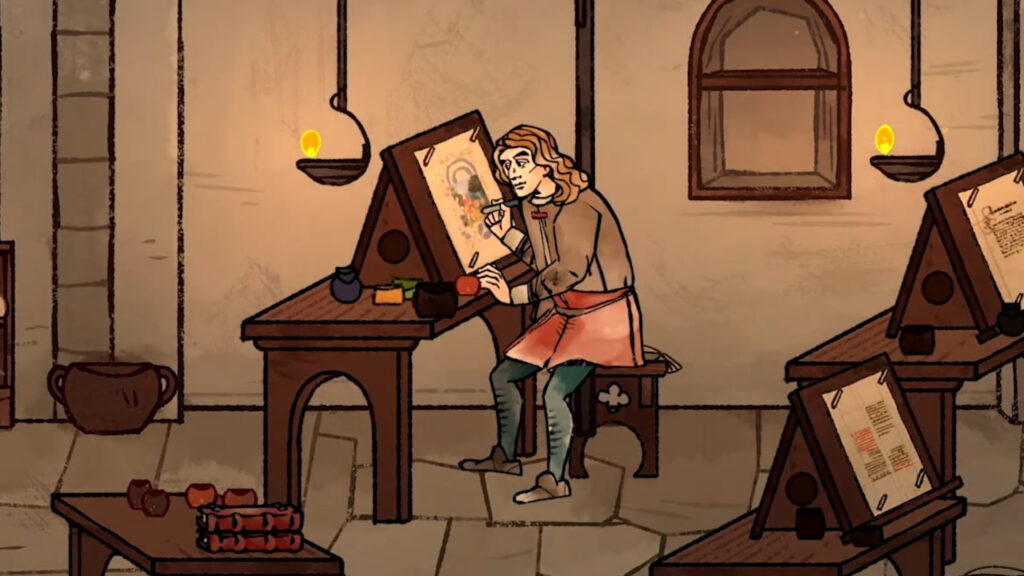 After the lean post-pandemic period, 2022 for video games was full of great releases and full of surprises. Here is a ranking of the ten releases that have had the most impact on the public and on the market in the last twelve months.

A real surprise made possible thanks to Xbox Game Pass, Pentiment is an RPG set in the Middle Ages with a truly impactful artistic personality. Made by Obsidian, real veterans of the RPG sector, it is one of the most successful gaming experiences of the year, a must try for Microsoft subscribers on Xbox and PC.

An unmissable remake. All graphics from the first game have been redesigned, particle and lighting effects have been included galore, and you can choose between a 4K mode with variable framerate or the other way around: steadfast image refresh at 60fps and dynamic resolution between 4K and 2K. Also, if you have a VRR television, you can play at 120fps. The game is also compatible with DualSense haptic feedback.

Midnight Suns is a strategy developed by the same team responsible for the reboot of XCOM, with which it has several points in common but also major differences. The game is loosely based on The Rise of The Midnight Sons, a 1990s comic saga that featured a series of lesser Marvel heroes teaming up against Lilith, the mother of demons. A great “adult” Marvel game, an exciting game of chess that offers an overview of many characters in one go.

In a period not very rich in triple A games or IPs that offer something new compared to the usual big names in the world of video games, Stray by the French of BlueTwelve Studio is a breath of fresh air that has immediately captured the attention of players since its first presentation. Originality is not lacking in this indie game: in fact we will dress the fur and whiskers of a stray cat who, while exploring the world with his brothers, suddenly falls into an abyss which takes him to a city populated by androids, in which humans are no more.

Guerrilla Games is back on PS4 and PS5 with the second chapter of Horizon, one of the new flagship series from the PlayStation stable. If you loved the first chapter you will be captured immediately by this sequel, which picks up exactly where we left off Aloy five years ago. The game system has been improved from various points of view but neither revolutionized nor distorted, so it will be clear from the first minutes what to expect.

Gran Turismo 7 marked the debut of the Polyphony digital series on PS5, and it is the most beautiful and most complete episode ever. Kazunori Yamauchi’s vision comes to life without compromise with incredible graphics and the largest amount of cars and customizations ever seen in Gran Turismo.

Splatoon 3 is an evolution of Nintendo’s online shooter series that perfects the formula in every way. The family friendly approach to the online shooter proves to be a competitive game to the core but at the same time accessible for anyone, with tons of modes to experiment with.

Elden Ring was undoubtedly the event game of the year: a blockbuster created by the revelation game designer of the last decade, Hidetaka Miyazaki, which has literally bewitched millions of players around the world. The game world was written with George RR Martin, father of the Game of Thrones saga, and it is one of the largest and most teeming open worlds ever. The maximum expression of the Souls Like genre, the title of maturity.

Xenoblade Chronicles 3 is the state of the art of the Monolith series on Switch, the sum of all the wonders produced by the Japanese software house over the years. A mature story that unfolds over dozens of hours of play, a never banal plot and an incredible cast of characters embellish the narrative sector, while playability always remains at stellar levels thanks to a dynamic and never banal combat system. Without forgetting the technical realization, at the maximum power of Switch. A true love letter to the genre and one of the best RPGs ever released on consoles.

The game of the year is undoubtedly the second part of the Norse adventures of Kratos and Atreus: Santa Monica Studio’s God of War Ragnarok on PS4 and PS5 marks not only the next-gen debut of the series, but also the release of the best episode of the saga, a complete evolution of the reboot released on PS4 in 2018. The combat system is among the most satisfying ever created, and from a technical point of view the game on PlayStation 5 is practically unrivalled.