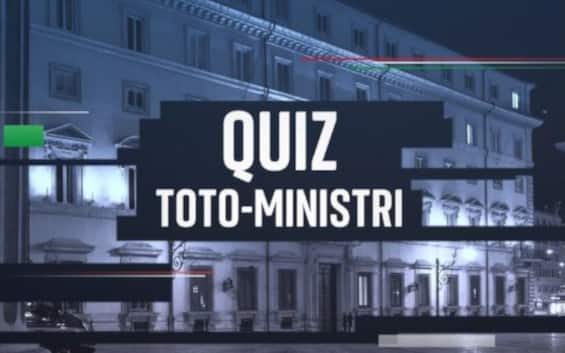 The leader of the Brothers of Italy, Giorgia Meloni, is already working to define her team of ministers. Who would you like to be part of? You can have your say by choosing the name you prefer for the Ministry of Economy, Foreign Affairs, Interior, Justice, Economic Development, Education, Health, Defense. In the end, you can find out which are the top rated names by Sky TG24 users

After winning the political elections of last September 25, Giorgia Meloni will most likely be the new Italian prime minister (SKY TG24 SPECIAL ON THE ELECTIONS – THE RESULTS – THE STEPS TO HAVE THE NEW GOVERNMENT). The President of the Republic has yet to entrust her with the task of forming the new government, but the leader of the Brothers of Italy is already working to define her team of ministers. Who would you like to be part of?

Sky TG24 users can participate in the quiz below, choosing the possible ministers who would like to be part of the new Meloni government. To start just click on “Join”. This opens a screen with eight choices to make: you can indicate the ministers of the Economy, Foreign Affairs, Interior, Justice, Economic Development, Education, Health, Defense. For each ministry, you can choose your favorite from four names. For the Economy, for example, there are Maurizio Leo, Daniele Franco, Fabio Panetta and Domenico Siniscalco. The last choice, for the defense, is between Adolfo Urso, Edmondo Cirielli, Fabio Rampelli and Ignazio La Russa. Finally, here is the list with your own team of ministers. But it does not end there, in the next screen you can find out which are the most voted names by Sky TG24 users: a page will open with the answers of the other people who participated and the percentages for each possible minister.