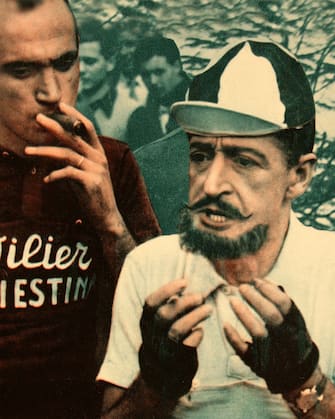 The most famous phrases of Italian cinema

“Speaking of politics, wouldn’t there be some little thing to eat?” From Fifa and arena (1948)

“You can’t refuse a position as a cemetery guardian: you don’t look in the mouth at a donated cemetery. And then there is dead silence in the house.” From Totò looks for a home (1949)

“There was an actor who had a hundred pairs of shoes, so many had been thrown at him.” From The Emperor of Capri (1949)

But do you want to understand? You are stupid! Think about it, convince yourself. “From Totò le Moko (1049)

Madam, I am at your complete disposal, body, soul and offal “Da Totò looks for a wife (1950)

“I tried to stop him by force, there was a real mouthwash.” From Totò Sceicco (1950)

“He was such a nasty man that after his death his relatives asked for an encore.” From 47-Dead Who Speaks (1950)

“The woman is mobile, and I feel like a furniture maker.” From A Neapolitan Turk (1953)

jails the air, when it manages to pass, it is excellent. “From Dovìè la liberty (1954)

“At home, we don’t put anything in the latte: neither the coffee, nor the milk.” From Misery and Nobility (1954)

“Is the devil angry because I broke his horns? But he doesn’t have to worry: if he’s married, they’ll grow back.” From Totò to Hell (1955)

mini and more I love beasts, my friend “- Da We are men or corporals

“I like an overcoat discovered by the Americans, the watermelon, the one that hooks with squid.” From La Banda degli honest

“You say Duca, I say tell!”. From Totò, Leave or double

“Miss, we come with this to you, a word of mine that you are sorry if they are few but seven hundred thousand lire; we are reminded that this year there was a great die-off of cows as you well know .: This coin is used to console you from your troubles that you will have because you have to leave our nephew that the uncles who are ourselves in person send you this because the young man is a student who studies that you have to take a degree that has to keep your head in the usual place that is on the neck “. From Totò, Peppino and the Malafemmina

“My wife is an apprehensive type: she is always in Anzio for me!” From Totò, Peppino and the Outlaws

Madam, do you want to see the boiled meat, like this in front of everyone? All right, de gustobus non ad libitum sputazzellam “. From Totò, Vittorio and the doctor (1957)

“Good morning, sergeant, as you can see, let’s get it right!”. From I soliti Ignoti

What do you want me to know if the team plays at home on Sunday. Certainly not in my house! “From Gambe d’oro (1958)

“Oh yes, I have lost my memory! In fact, gaps occur in my head that the Venice lagoon becomes a trifle lacunar!” From Totò to Paris (1958)

“Mr. Anellide, you cannot understand certain things. I am a man … I have a body! And you understand that, having a body, I also need a body, right? From Totò nella luna (1958)

“Ah … then he goes for wolves? … he’s a wolfhound!” from I Tartassati

“Lord is born, and I was born, modestly”. We are born from Lords

2Dear, next to you I feel myself boiling. Professó, she won’t believe it, but if she makes me an egg and puts it in my hand, I’ll make it to her nock “Three-square bed

“It’s the sum that makes up the total.” From Totò, Fabrizi and the young people of today

“Gruyere also has holes, and it doesn’t complain.” From Totò, Peppino and the sweet life

“Thebans, we have spears, swords, arrows, firecrackers, […] tricchi, tracche and damselfish. And with these powerful weapons, I say powerful weapons, we, we, will break the kidneys […] to Maciste and his companions, to Rocco and his brothers! […] Valiant Theban soldier, my father looks at you and protects you from up there. Let’s arm ourselves, and go! I’ll follow you later. “From Totò against Maciste

“And you are bothering me! You are a patient who has no patience, what a patient are you !? Have patience!” From Totò Diabolicus

“Every limit has a patience.” From Totò against the four

And you “Veterinarians” of all wars. “From Totò and Cleopatra