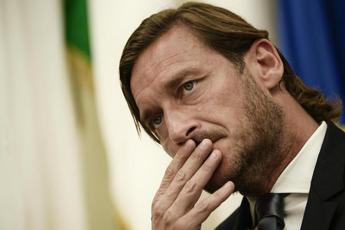 The newspaper quotes ‘Dagospia’: “The most reliable gossip site in the country”

The intricate gossip about the s
eparation between Francesco Totti and Ilary Blasi ends up on none other than New York Times. The sentimental soap of Pupone and his now ex-wife, after making Italy and Europe talk, arrives overseas, where an article in the famous New York newspaper tells the story in detail from the very beginning, defining the epilogue as a “disordered separation marriage that obscures a legend of Roman football “.


“Once upon a time there was Francesco Totti, the crowned prince of Italian football, who celebrated a goal by tearing his shirt and revealing a T-shirt with the words” You are unique “, a proclamation of eternal love for Ilary Blasi, the showgirl who stole from him the heart. The two got married on live television, had three children and moved into a villa worthy of the royal family. Now, 20 years later, he says it was Ms. Blasi who stole his Rolex watches“, writes the newspaper in the piece signed by the chronicler Jason Horowitz.

Who also speaks of the new flame of the former ‘Magica’ champion: “This week, Mr. Totti publicly searched for the house with his girlfriend, Noemi Bocchi, 34, a ‘flower designer’ who is not entirely different from appearance of Mrs. Blasi “, reads the piece. Retracing the salient features of the country’s best-known love story, the Ny Times cites the Dagospia sitecalling the newspaper “the most reliable name in Italian gossip”, recalling that Roberto D’Agostino’s site was the first to report that Totti had a new girlfriend, “pointing out that Ms. Bocchi was sitting a couple of rows behind him to a football match in December. “