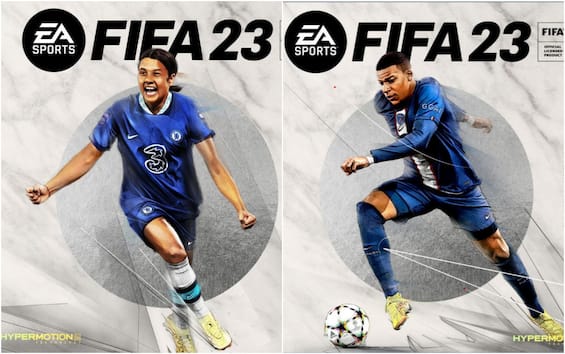 The FIFA 23 football video game has announced the nominations for the Toty 2023 on its social channels and on the website, i.e. the list of the best players of the year that users can vote to join the video game dream team.

Voting will open today on the Fifa 23 website and it will be possible to cast your vote until next Tuesday, 17 January. In the end, the best players of the year will be announced by combining the votes of users and the opinion of EA Sports, producer of the video game. Here are the 100 voteable players.

There are ten full backs in the running for the title of best of the year. These include some protagonists of the recent World Cup in Qatar, such as the Argentine Emiliano Martinez (Aston Villa) and the Moroccan Bounou (Seville) and some protagonists of the scene for years, such as Alisson (Liverpool), Lloris (Tottenham) and Courtois (Real Madrid ). There are also some outsiders, who are distinguishing themselves with excellent performances: the “Italians” Szczesny (Juventus) and Maignan (Milan), Ederson (Manchester City), Trapp (Eintracht) and Kobel (Borussia Dortmund).

Twenty-five defenders for which users can express their preference. There are also some sacred monsters such as Thiago Silva (Chelsea), Marquinhos (PSG) and Van Dijk (Liverpool). Some young promises for the future are also very well represented, such as Hakimi (PSG), Davies (Bayern), Romero (Tottenham) and Gvardiol (RB Leipzig). Serie A is represented by four players: Tomori and Theo Hernandez from AC Milan, Bremer from Juventus and Biraghi from Fiorentina.

As for the midfield, there are thirty-five nominees. Eight of them play in Serie A: the Inter players Barella and Brozovic, the Juventus players Kostic and Rabiot, the AC Milan player Tonali, the Roman player Pellegrini, the Lazio player Milinkovic-Savic and the Florentine player Amrabat, plus the Italian Grifo from Freiburg.

As always, the most eagerly awaited are the forwards, with thirty voteable players in total. Six play in Italy: Giroud and Leao in Milan, Vlahovic in Juventus, Lautaro in Inter, Osimhen in Napoli and Immobile in Lazio.

Next to them the timeless Messi (PSG) and Lewandowski (Barcelona) and the reigning Ballon d’Or winner Benzema (Real Madrid). The forwards of the future Haaland (Manchester City) and Mbappé (PSG) are not to be missed.