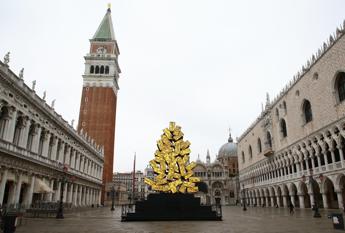 Confindustria Alberghi and Assohotel at Adnkronos: “Good prospects for Christmas in the mountains and in cities of art”

Tour operators, in particular hoteliers, have set expectations for the long weekend of 8 December, linked to the feast of the Immaculate Conception, but they have been partially disregarded, especially in the cities of art. Room occupancy has reached 50%, in some cases 60% but well below not only pre-covid levels but also compared to the November 1st long weekend. “In the cities of art from Florence to Rome, from Venice to Milan, the occupancy of the rooms is between 50 and 60%, really a bit low and only for one or two days, but to this is added another a serious factor, that room rates have dropped, practically halved compared to before “. This is what the president of the Italian Association of Confindustria Alberghi Maria Carmela Colaiacovo reports to Adnkronos.

A similar situation is registered by Assohotel, the association of hoteliers of Confesercenti. “We had fewer bookings than expected. We are below 30-40% compared to the long weekend of November 1st which went very well, where we were almost sold out, while for this bridge of December 8th we an occupancy rate of rooms in hotels between 50 and 60% “, Nicola Scolamacchia, Deputy Vice President of Assohotel, told Adnkronos.

Surely what caused a “sudden slowdown in bookings”, the operators observe, were the new fears that arose for the first news on the omicron variant of the covid, which created “super anxiety” and also “the uncertainty due to the change in rules” linked to the green pass in hotels, as it was not required until December 6th “.

However, the Christmas holidays are viewed with a certain optimism. According to the president of the Italian Confindustria Alberghi Colaiacovo “the engines are warming up in the mountains where we see an interesting prospect for the Christmas holidays with many reservations and requests that we trust will remain”. Scolamacchia also sees pink for various destinations: “we are confident about Christmas and New Year for many destinations in the cities but also at the seaside that have various events planned. It can be a breath of fresh air for hotels, of course we are in apnea but maybe every now and then yes manages to get back to the surface and breathe “. (by Cristina Armeni)