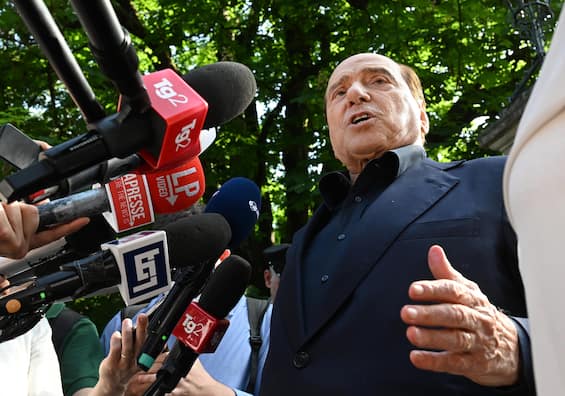 The Knight rejects the “third pole” and says: “Renzi and Calenda are not in the hearts of Italians”. On Presidentialism: “Sooner or later it will happen, in that case Mattarella would have to resign, and then maybe be re-elected”

The fiscal peace and the flat tax, present in the programs of the center-right “are not alternative hypotheses between them. It is a question of making the State recover what it can recover and open a new phase with a different relationship of trust between the taxpayer and the State”. The leader of Fi, Silvio Berlusconi told Radio Capital, adding that on the hypothesis of a measure on the return of capital from abroad it is likely that “it will happen. I guess so, but I do not know the proposal and I have yet to examine it. Of course. if it is right we will reach agreement “(TOWARDS THE VOTE, THE UPDATES IN REAL TIME – THE VOTE SIMULATION).

Could the birth of the Third Pole undermine the votes of the center-right? “No, I don’t think so. Calenda and Renzi are not in the hearts of Italians,” she added. On one of the issues dear to the Forza Italia leader, Berlusconi said: “I hope that the constitutional reform on presidentialism will take place. Since 1995 I have proposed a presidential system” for Italy. A “perfectly democratic system that democracy exalts by allowing the people to choose directly by whom to be governed”. Then he said – answering a question – that “if the reform were to enter into force, the resignation of” Mattarella “would be necessary to go to the direct election of a head of state who, coincidentally, could also be him”.